What is ingrown hair

Ingrown hair is a problem that occurs after shaving. The tip of some hairs too much sharpened, as the result pierces the skin and begins to grow back. Leather this dark place with the formation of pinkish bumps. 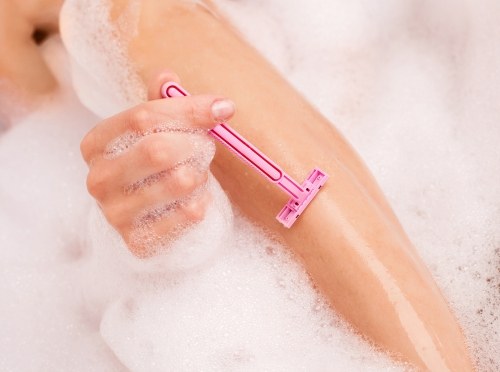 Related articles:
Instruction
1
Ingrown hair is a condition where the part of hair under the skin, is bent and begins to grow not outward but inward. It is manifested by darkening of the skin in the area of the ingrowth, often formed a pinkish bump and bubble with purulent contents. Thus through the clearance you can even see this curled hair.
2
This problem typically faced by people who have reached puberty. Place of localization of these hairs are most often the areas covered with hard hair, for example, the area of the face in men and the bikini area in women. African Americans most of the Europeans have this problem, especially the growth of the beard. Less hair grows through the growth of eyebrows. From a medical point of view, this feature may not pose a threat to human health, but with beauty it is fraught with discoloration of the skin – post-inflammatory hyperpigmentation. Can often be seen, purulent vesicles, after which scars and keloid scars.
3
The most common cause of ingrown hair can be improper technique of shaving or too frequent shaving. Some hairs after shaving acquire a sharp tip which easily pierces the skin and begins to grow in the opposite direction. In half of the cases, the situation corrected itself, and the other half in the background wearing too narrow of clothes and the misuse of waxing, the situation may deteriorate. It also happens that the hair grow naturally in the blockage of hair follicles in a dense layer of dead skin cells. As a result, hair is nothing left to do but to grow in the opposite direction.
4
Ingrown hair causes itching and soreness in the area where it is located. One of the varieties of ingrown hair is pseudofolliculitis Barbe. These bumps that occur after shaving can increase in size after repeated shaving. If this condition under the skin is imbued with staph bacteria or bacteria of the genus Pseudomonas, in place of ingrown hair are formed ulcers and boils. In this case of ingrown hairs often removed surgically through the incision.
5
To prevent ingrown hairs you can if you use shaving moisturizing and emollients for the skin. Men should frequently massage the beard area in a circular motion, the hair is not ingrown. Too smooth shave with only one good hand, but if left in the bristles 1-2 mm, such problems will not arise. It is not necessary to shave the hair against their growth and push hard on the razor or machine.
Is the advice useful?
See also
Подписывайтесь на наш канал