What to do if swallowed a plum pit

Despite its usefulness for the human body, draining and fraught with some danger. For example, people with high acidity of the stomach its fruits can cause nausea, vomiting, exacerbation of gastric disease. When used in a large number of plums they can produce a laxative effect. But the real threat to the digestive system are sharp bones, in the stomach secreting prussic acid. 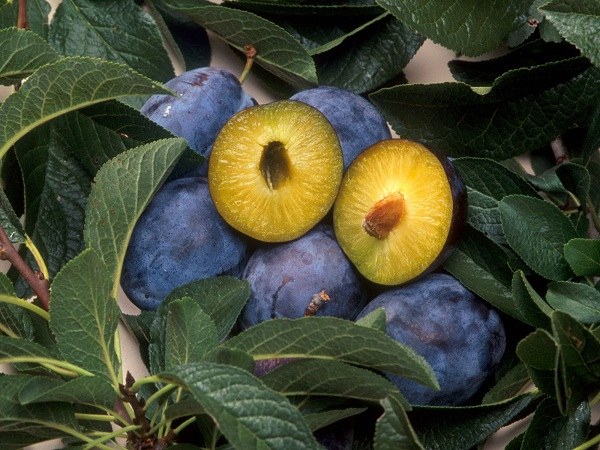 Nuclei in the seed of any fruit, fruit trees, contain amygdalin. This dangerous compound belongs to the group of cyanogenic glycosides in the seeds of plums, the proportion of its content in the range of 1% to 1.8%. When injected into the stomach and digested bone is exposed to enzymes and bacteria, causing the amygdalin decomposes and emits hydrogen cyanide.

In addition, large plum stones have sharp edges, which if swallowed can damage the esophagus or stomach lining. Independent attempts to remove the bone may not succeed and only harm your health, so it's best to call an ambulance, not waiting for the sad consequences.

The plum-stone, stuck in the windpipe, creating obstacles to the entry of oxygen into the lungs. Bark-like sound instead of the voice and the inability to breathe indicate inhalation of a foreign body.

No interest bone plums and gourmet, since not every lover of the kernels of the fruit have the patience to check them out. Besides, more than 10 kernels to eat is not recommended.

What if a child swallowed a plum pit?

In the season of berries and fruits should explain to the child that the seeds must be spit out. However, even the most obedient child can do it either by accident or out of curiosity.

If the bone is still swallowed, parents should not try to make the child vomit or give him a laxative, achieving diarrhea. Stuck in the esophagus bone should not be pushed into the stomach with a bread crust. Eat and drink a little also not yet have.

If swallowing plum stones did not cause the child discomfort, it can leave naturally. If you feel unwell, you should call a doctor.

Sometimes, due to various causes immediately consult a doctor does not work. In such a situation, parents are advised to carefully monitor changes in the health of the child. If he had abdominal pain, baby sick and repeatedly opens vomiting, to delay the visit to the doctor is no longer recommended. To rush the child to the hospital should the appearance in the stool bleeding.

Especially dangerous are situations when the baby does not swallow a bone, and choked it. Before the arrival of the doctor parents can ease the child's condition in the following way. First, it is placed on a forearm of the hand face down so that you can keep the baby's chin and back. Then the edge of a palm strike between the shoulder blades, seeking the release of bone out. If not, the child is placed back on his lap so that the head hung down, and gently press down on the chest below the nipples.

The second option help you can provide. With both hands grasping the body of the child and push him to the area between the breastbone and the navel. Making a few jolts up, trying to squeeze the jammed bone.
Is the advice useful?
See also
Присоединяйтесь к нам
New advices