How to make a complaint to the court

The decision of the court, as a rule, are quite objective and based on law, but that does not mean that the losing side will agree with the verdict. That is why in the process of announcement of the decision on the case the judge is required to announce that it can be appealed within the statutory period. 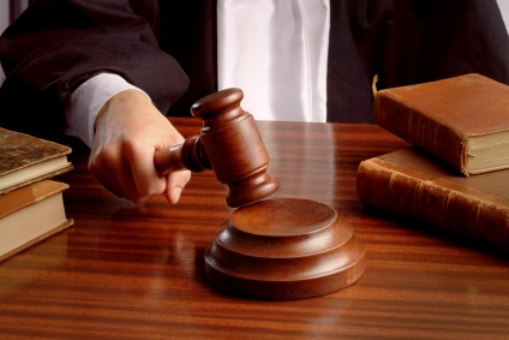 Related articles:
Instruction
1
If you disagree with the court's decision may be appealed in a higher court. The court of first instance is the court, which was hearing. This is usually the magistrate or city (district) court. The difference between these variants is that the magistrate considers matters in which the amount of the claim does not exceed 50 thousand rubles. In addition, he can solve the cases relating to divorce disputes over children, the division of property is less than the sum of fifty thousand rubles, administrative cases and some minor criminal.
2
If your case was heard at the magistrate, the appeal should write to the city (district) court. But it is important to know what actually the complaint is given to the Secretary of the magistrate. In that case, if the case was heard in the city (district) court decision should be appealed in the regional court. The complaint itself is submitted to the office of the court in which the decision was rendered.
3
On appeal, you have thirty days from the date of the judgment of the court. Note that in most cases, the higher court confirmed the decision made earlier. In addition, when filing a complaint you can't change the suit, to prosecute new faces, to bring a counterclaim. Feeding new evidence, you have arguments to explain why they could not be presented to the court of first instance.
4
During the hearing in the court of first instance you have to consider the possibility that you will appeal. Therefore, in the process, ensure that all your requests were recorded in the case. In case of refusal, by petition, for example about the conduct of any examination, the fact of refusal may be subject to review by the court of appeal.
5
According to the results of the appeal, the court may fully or partially cancel the decision of the lower court to leave him in power, to reverse the decision and dismiss the case, leave the complaint without consideration in the case of missing deadlines. The appellate court cannot send the case for retrial.
6
If the decision of the court of appeal does not satisfy you, you can file a cassation appeal to the Presidium of the court of the subject of Federation. The complaint is filed directly to the court of cassation. To file a complaint you have six months. Please note that the court of cassation examines the case and violations during the previous proceedings. Therefore, in the complaint it is necessary to speak about them.
7
First, the case will be heard by a judge of the court of cassation. If he deems that the matter is worth consideration, it will be sent to the Presidium of the court. In this case, you will be called and you will have to prove that in the course of the hearing there were serious legal violations. Following the consideration of the court of cassation may leave the decision in force, cancel it, make a new decision or send the case for retrial.
Is the advice useful?
See also
Подписывайтесь на наш канал