The decision of the court of first instance, the result of the exam, the grade obtained in the exam in the traffic police, UNIVERSITY or other educational institution may be appealed against in an appeal order. The disagreement shall be executed in writing with indication of disagreement and a statement of the circumstances of the case. To appeal have the right persons who believe they rendered the verdict unjust, and their legal representatives who have duly executed powers. 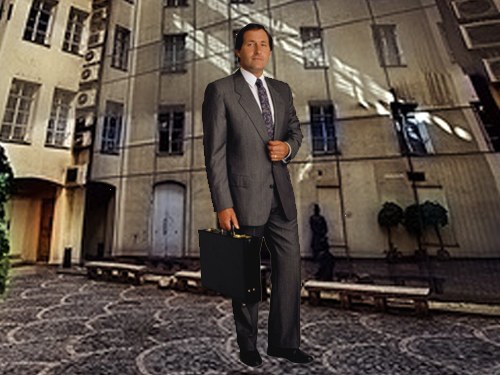 Related articles:
You will need
Instruction
1
Organization or citizen, arguing that the trial court improperly identified or proved set of circumstances relevant to the case and that the decision conclusions do not correspond to circumstances of the case and incorrectly applied the substantive law to submit an appeal.
2
An appeal from the decision of the lower court is written in the address of the superior court of jurisdiction of the authority. The application shall be attached the necessary documents and their copies according to the number of persons involved in, and be sure receipt for payment of the state fee.
3
Against the decision of the magistrate is served by magistrate issued the decision. For review of the decision of the district court in a civil case an appeal is taken to the regional court or the judicial Board through the office of the court that issued the decision. The decision of arbitration court of the first instance shall be appealed to the appeal procedure by filing an appeal through the office of the arbitration court to which the complaint is directed.
4
The legislation provides for the submission of the appeal directly to the court of appeals. In this case it will be sent to the court that made the contested decision, which subsequently forwards the complaint to a higher judicial authority for inspection is not in force decisions.
5
The order of carrying out of unified state examination reglamentary rules, time and place of acceptance of the appeal. Member of the exam may file an appeal on violation of the established procedure of conducting the exam, immediately after completion of the examination in General education subject, without leaving the EGE, the authorized representative of the state examination Commission. The representative, in turn, creates a Commission to verify the facts. Appeal and conclusion of the Commission on the results of the audit conflict is considered by the Commission.
6
Appeal statement of disagreement with the exposed points is made by the head of the EGE or the Registrar of the educational institution where the participant was admitted to the exam. The head of the point of the exam, or educational institution which accepted the appeal, shall promptly transmit it to the conflict Committee.
7
In accordance with the Rules of delivery of promotion examinations and issue of driving licences examination results can be appealed by the candidate in drivers in administrative or judicial procedure. The appeal is filed in the office of MREO of traffic police or in court at the location of the body, taking driving tests.
Note
The persons who participated in organizing and conducting the relevant examination, or previously reviewed the examination work of the participant of the exam may not be part of the conflict Committee. However, public observers, the participant of the exam, his parents and their legal representatives have the right to be present at the appeal hearing.
Useful advice
Always make an extra copy of the appeal for yourself. In this instance, ask the Secretary for receipt of applications to put a mark about acceptance of the complaint and leave the instance itself.
Is the advice useful?
See also
Присоединяйтесь к нам
New advices