What is the weather in Abkhazia in July

For several years now, after Russia had recognized the independence of the Republic of Abkhazia, its borders were opened to Russian citizens who wish to spend their vacation here. Of course, most of them planning a trip for the summer, for example, in July, to guarantee the bright sun and warm sea. But not less comfortable to stay in Abkhazia will be other months. 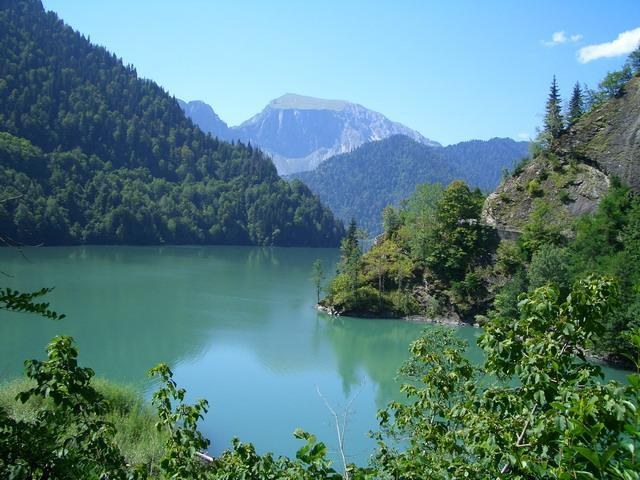 In the days of the Soviet Union in the pensions and resorts of Gagra and Pitsunda, which was considered an all-Union health resorts, a mere mortal could only get in the offseason, from November to February. It really is a Paradise with its magnificent nature attracted to rest the party elite and nomenclature. Now to come to Abkhazia to rest anyone.

Someone's coming according to the permits issued through travel agencies, some people prefer to rent an apartment on arrival or agreed with the owners in advance via the Internet. But wherever you are settled, warm and gentle sea will be there and Sunny days will last for the entire holiday period. All cities and large settlements of Abkhazia is located primarily on the coast, along which there is a busy highway Adler-Sukhumi.

Rest in Abkhazia – is not only lying on the beach and evening meal in cafe, but also excursions to interesting places with a long history. Abkhazia was an enclave of Christian Byzantium, so many historical monuments connected with the history of Christianity. Next to the famous new Athos monastery is the temple of the Canaanite Simenon, built in the V century, and in the town of Kamana is a temple, which houses the sarcophagus of St. John Chrysostom, who was exiled there from Constantinople. You are waiting for hot springs and beautiful mountain lakes, Pitsunda temple, where concerts of organ music.

The "hottest" city of Abkhazia – Gagra, the resort has an average July temperature of 26.5 OS.

Bad weather with winds, mists and rains happen in Abkhazia only from November to February all other times the sun is guaranteed. The sea, however, is heated only by the end of may, but September and October are still swimming season. In July on the coast, it begins heat, which many of the humidity to tolerate hard. But, if you rent a room in a boarding house, all rooms are equipped with air conditioning. On the coast the heat facilitates a constant breeze which is full of marine coolness and flavor.

The water temperature in the sea off the coast of Abkhazia in July in the beginning of the month 23 ° C, and the end is already can reach 25C.

For July the average temperature is +25 ° C, but you should be aware that in the territory of the Republic there are several climatic zones – from subtropics to high altitude, so if you will relax on the coast, expect that the day will be not less than 30 ° C, but in the morning – only 22-25C. Rain at this time almost never happens.
Is the advice useful?
See also
Подписывайтесь на наш канал