Where Abkhazia is better to relax in the summer

Abkhazia in Soviet times, is a favorite vacation spot of Russians and neighbouring countries. In the early 20th century the country began to attract not just beach lovers, but also experienced travelers who are interested in the less explored and neglected places and cities. 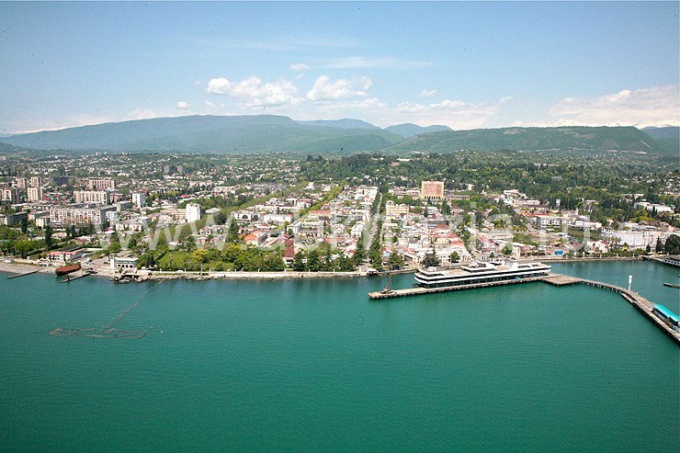 The capital of Abkhazia and its attractions

Sukhum is not so frequently visited by Russian tourists, as located near the border with Russia, Gagra or Pitsunda, so some visitors choose not to travel far into the country and stay in border towns. But they are many depriving yourself, refusing from only an hour and a half of the road.

In the capital of Abkhazia a lot of clean, nezamylenny and uncrowded beaches, and the sea water is translucent to a depth of several meters. You don't need to look for a place to stay, in recent years, the occupancy of the beaches of Sukhum remains quite low.

In the city you can not only lie down or sold, but to explore the interesting architecture of Sukhum, as well as to visit the Botanical garden and apery. Old town center – a "delicious" place for lovers of Stalinist classicism with a touch of southern seaside style.

In Sukhum you can and eat well. In the city several restaurants, leading its history back for many decades and is a true calling card, card, the Abkhaz capital. One of them is the famous "Sleds". It is possible to eat not only tasty skewers of pork or lamb, and delicious khachapuri Megrelian or boat with egg.

Other interesting places in Abkhazia that you can see, living in Sukhum

General description located in the Abkhaz capital, will be interesting not only famous sights of the country. On the waterfront near the sanatorium of Privo in Sukhum you can arrange a sightseeing tour to the lake Riza, Blue lake, Excome the waterfall, the Holy sites of New Athos, the famous new Athos caves and many other interesting even for the experienced traveler.

If desired, either through friends in Russia or Abkhazia, or through specialized travel forums – you can "ride" to the more remote and interesting tourist attractions using the services of private escort. For example, a very interesting almost completely abandoned city Tkuarchal, located near the border with Georgia and was badly damaged during the war between the two countries. The road to it will take about 3 hours.

Tkuarchal, along with Pripyat in Ukraine, Centralia in Pennsylvania, the Cyprus Varosha and the California Body refers to the city-ghosts, or dead cities.

In the same direction are very interesting and picturesque Shkurinsky waterfall, lake Amtkel and the Bedia temple as well as many other attractions.
Is the advice useful?
See also
Подписывайтесь на наш канал