How to get to Izhevsk

Izhevsk – the capital of Udmurtia, one of the twenty largest settlements of Russia. This city is famous for its steel production, defense and industrial enterprises, so it is sometimes called "the capital of Russian weapons". 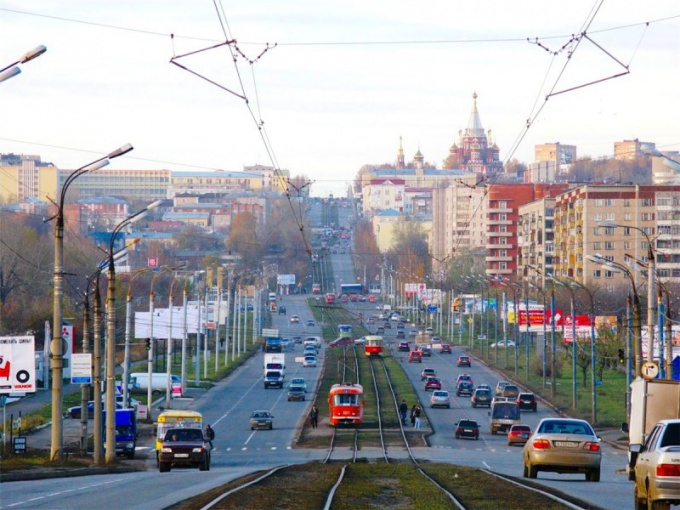 Related articles:
Instruction
1
In the center of Izhevsk train station, whose services can be used by any traveler. The capital of the Udmurt Republic has direct train connections to Moscow, Saint-Petersburg, Yekaterinburg and other cities of Russia. From Moscow-Kazan to Izhevsk train No. 026 and a 290 can be reached in 17-18 hours. From Saint Petersburg-Kursk to Kiev can be reached by trains Nos. 131 and 459, the journey time will be 21-22 hours. The local railway station is the point of departure of trains No. 189/190 the message "Izhevsk – Simferopol". Izhevsk also has commuter direct communication with Naberezhnye Chelny, Kazan, Votkinsk, Agryz and Balezino.
2
An alternative way to travel to Izhevsk is the bus. From the two capitals can be reached by bus in Izhevsk only with transfers in Kazan, Kez or Votkinsk. Daily from this settlement there are flights to 16 cities of the Russian Federation. Most often the buses run on the routes of the "Izhevsk - Mozhga" and "Izhevsk - Votkinsk", administration is performed once every 60-70 minutes.
3
For travellers who prefer to travel by car will be easy enough to get to Izhevsk, because there passes the European route E22, starting in UK and ending in the Russian town of Ishim. This highway passes through Pskov and Tver region, Moscow, Vladimir and Nizhny Novgorod region, Chuvashia, Tatarstan, Udmurtia, Perm Krai, Sverdlovsk and Tyumen region. In addition, the Izhevsk starts from three regional highways: Р320 (Elabuga), Р321 (Glazov), Р322 (Sarapul).
4
In Izhevsk has its own airport, which is the only on the territory of the Republic of Udmurtia. There are regular flights to Moscow (Domodedovo), Saint Petersburg, Ufa, Yekaterinburg, Samara, Kirov, Nizhniy Novgorod, Novy Urengoy and Nizhnevartovsk. In the summer of organizes additional flights "Izhevsk-Sochi" and "Izhevsk-Anapa". From Moscow to Izhevsk by the aircraft can be reached for only two hours.
Is the advice useful?
See also
Присоединяйтесь к нам
New advices