The distance between the cities from Moscow to Ulyanovsk is 886 km. From Moscow to the final destination there is only one direct flight on the bus. The driving time of 17 hours. 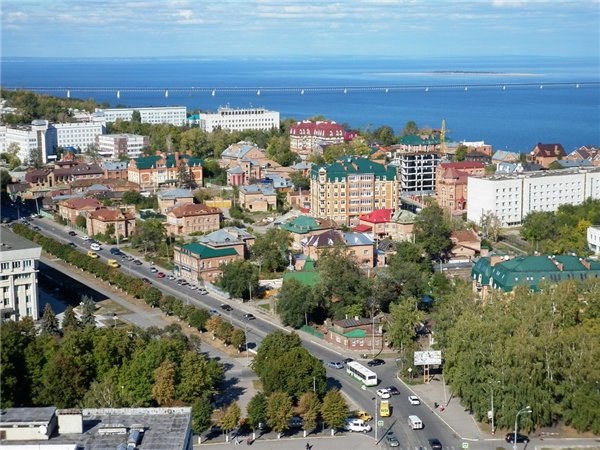 Related articles:
Instruction
1
The bus departs from station "Shchelkovo" which is located at Uralskaya street, 2 near metro station. Information Desk of railway station - +7 (499) 748 29 80, +7 (499) 748 87 18. The station is located in the East of Moscow, district Golyanovo. The bus leaves on Fridays every week at 15:20. To Ulyanovsk there arrives the following day at 09:20. Ticket price starts from 1228 R. Bus in Moscow, Vladimir oblast and Republic of Chuvashia. Calls in such cities as Balashikha, Noginsk, Vladimir and Cheboksary. The vehicle arrives in Ulyanovsk bus station, located in Zasviyazhskiy district, where the fork of the streets polbina and October.
2
From December 2013 to Ulyanovsk from Moscow you can go from the bus station located behind the Kazan station in Ryazan lane., 13, p. 1. The bus leaves at 20:30 every Monday, Wednesday and Friday. The ticket price is 1300 R. Travel is by minibus "Mercedes" or bus "Haiger".
3
If the schedule of bus route with a direct flight is not satisfied, then you can consider the option with transfers. For example, through Cheboksary. In this city from Moscow from metro station "Cherkizovsky" daily from 08:00 to 20:00 every 2 hours buses towards the capital of Chuvash Republic. Also, since the Central bus station and from the station "guerrilla" there are routes in this direction. The journey time is 12 hours, the ticket price — 1100 R. have of themselves Cheboksary to Ulyanovsk hourly buses. The distance between the cities is 245 km.
4
Also to get on the bus to Ulyanovsk, you can stopover in Kazan. From Kazan depart hourly bus routes to the final destination. Journey time — 6 hours. To Kazan from Moscow you can go with the Belarusian bus station at 09:00 on even days of the calendar and from the Kazan railway station at 20:00 on Thursdays and Fridays weekly. It takes 18 hours.
5
Of all the options, of course, the best is the bus the flight Moscow-Cheboksary-Ulyanovsk. Here, you can choose a convenient day, and the optimal time to visit. Even at the time of transplant have the opportunity to take a break from the road, stretch their legs, gain strength for a new trip and get acquainted with a new city. The disadvantage of this route only in the high ticket price than the direct flight from Moscow. Also are the options of travel by train and plane. The minimum price for a ticket on the train costs 1600 rubles, on the plane — 5400 R.
Is the advice useful?
See also
Присоединяйтесь к нам
New advices