How to get to Saransk

Saransk is located in the Eastern part of Central Russia. Is the capital of the Republic of Mordovia. The city has an airport, but to get to Saransk from nearby cities easier via roads and rail. 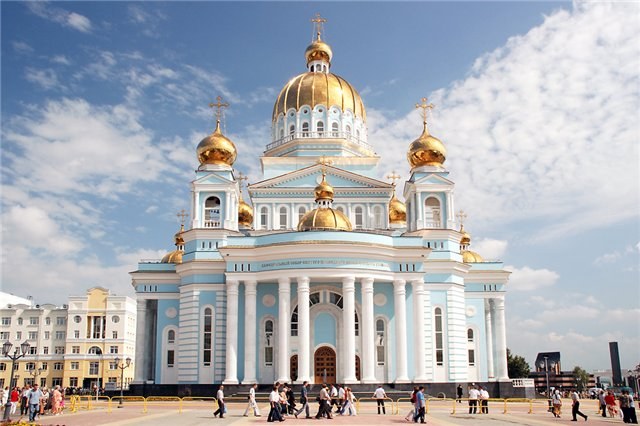 For road routes to Saransk

With a North and South direction it is possible to get to the capital of Mordovia, using the road P-158 (Nizhniy Novgorod — Arzamas — Saransk — Issa — Penza - Saratov).

From the East to Saransk you can drive along the road P-178 (Saransk — Surskoe - Ulyanovsk). She's not the best quality, but in dry weather it can be used.

To Saransk from the West you can get by using the regional route R-180 (entrance to Saransk from M-5). It connects the capital of Mordovia is not only interstate, but also with krasnoslobodska. If you going from Moscow or Ryazan, you can use this way. On the highway M-5 you need to go to the settlement Zubova Polyana, then move about 12 km, then turn left. Next, you need to get to the Krasnoslobodsk, from there to Saransk. But it will be easier to continue on M-5 "Ural" to Penza. Along the road P-158 you need to go North to Saransk.

From the city of Cheboksary, you can get to Saransk in three ways. The shortest, but not the most reliable — on M-7 highway in Western direction, after you go along the road P-231 go South. Next, you need again to turn to the West on the road P-178. Not to get lost and go for a better road surface, can be directly sent to Ulyanovsk, and then according to the above-mentioned R-178 to Saransk. The most reliable variant — to drive on the highway M-7 to Nizhni Novgorod, thence by R-158 can drive to Saransk.

Also in the capital of Mordovia can get on the highway R-179 (Saransk — Ruzaevka — Bigarm).

By train or bus

In Saransk there is a railway station of Kuibyshev Railways - Saransk—1". Commuter on the railway track in the capital of the Republic, you can drive from Ruzaevka and red Knot. Through the city passes many long-distance trains. Rail connections are from Moscow, Novosibirsk, Adler, Ekaterinburg, Vorkuta, Novorossiysk, Perm, Nizhny Tagil and other cities.

To the bus station arriving flights to the capital of Mordovia from many different places. Saransk has a bus to Tolyatti, Vladimir, Penza, Nizhny Novgorod, Ruzaevka, Yoshkar-Ola and other localities.
Is the advice useful?
See also
Показать еще
Подписывайтесь на наш канал