How to get to Hosts

There is a place in Russia where people really love to relax. There very rare, but still come even foreign tourists. We are talking about Host — one of the most prestigious and popular areas of the resort city and host of the winter Olympic games 2014 Sochi. 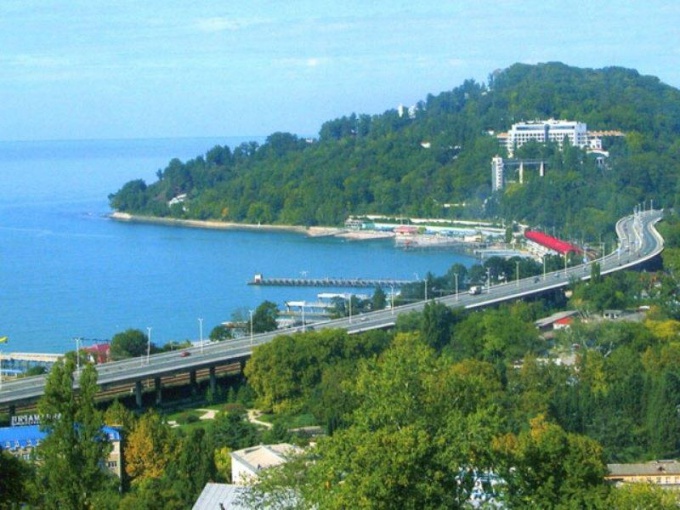 Related articles:
Instruction
1
To reach Hosts on the plane. Daily committed dozens of flights "Moscow — Adler". And Adler as Host, just one of the districts of Sochi. From Domodedovo airport on the route "Moscow — Adler" fly airlines "S7", "British Airways", "Transaero", "ALROSA" and "Ural airlines". Flight time is from 2 hours to 2 hours 25 minutes — it all depends on the type of vessel.

From the airport Sheremetyevo to Adler fly the Airliners KLM, Aeroflot and "air France". Flight time is from 2 hours 10 minutes to 2 hours 35 minutes. And finally, there are flights to and from Vnukovo. Out to Adler fly the airline "Yakutia" and "UTair". Flight time is from 2 hours 10 minutes to 2 hours and 25 minutes. From Adler airport should take the bus # 31 and taxi to a stop "the Host". The final journey takes about 40 minutes.
2
As for long-distance trains, there are several options. The first option is the train "Moscow — Adler", which departs from the Kazan station and is in transit for about 24 hours. The second option — "Moscow — Sukhum", which leaves from Kursky railway station of the Russian capital. Journey time is 1 day and 12 hours. From the stop "Bus station" from Sukhum to stop "Host" four times a day there is bus No. 35, journey time along the coast will take about 3 hours.
3
To reach Hosts on the vehicle, it is necessary to depart from the capital on the Warsaw highway and drive on the highway M4 "don" in the direction of Domodedovo airport, then drive Mikhnevo and take a course in Stupino. After the machine will travel Stupino, we must get to Bogoroditsk, then ELCA, and the longer the signs to Voronezh. After Voronezh should keep the way through Pavlovsk, Verkhniy Mamon, Boguchar, Rostov-on-don, and then get on the M4 don to Krasnodar. Then for the M27 highway to reach the shoreline, turn left and keep the path to the Hosts. Travel time will take at least 25 hours and maybe more because of busy roads and sometimes bad roads.
Is the advice useful?
See also
Присоединяйтесь к нам
New advices