How to get to the river station in Moscow

In Moscow – two river station, North and South. They are located in different parts of the capital. North river station you can take a cruise in Russia and Europe. South boats depart for the Gold ring, into Saint Petersburg, Karelia. 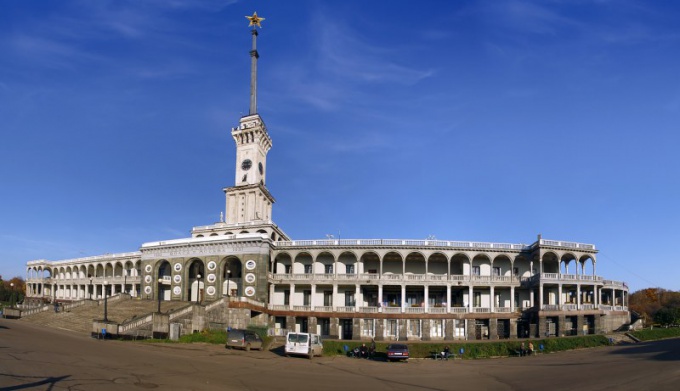 North river terminal is located on the Leningrad highway. It can be reached by metro. If you arrive at any train station Moscow, you need to get on the ring line to the station "Belorusskaya" or "Paveletskaya" and go to the Zamoskvoretsky line. Station "River station" - the end. This station has two exits. You need one that goes to the Park of Friendship. Upstairs, turn immediately left. You need to bypass the Park and go on the Leningrad highway through the underpass. Coming out of transition, you will see a building with a spire. This is the Northern river station.

Routes from the North river station

North river station cruise ship "Alexander green", "Vasily Surikov", "Andrei Rublev" and others. You can take a cruise flight to the major ports of Europe. If you are more attracted to travel to Russia, you will be able to go to Yaroslavl, Kostroma, Uglich and many other cities through the system of rivers and canals that abound in the Central part of Russia. At the North river station you can also order a ship to celebrate a birthday or to arrange a tour for a small group.

To the South river station to not get so comfortable as to the North, but also quite simple. You need to get to the metro station "Kolomenskaya". It is on the Zamoskvoretskaya line, and "River station". All railway stations of the capital are on the circle line on which you want to get to the stations "Paveletskaya" or "Belarusian". In this case, the "Paveletskaya", from there to "Kolomna" in just two stops. After leaving the metro, you will easily find the bus going to the stop Kolomenskaya fair". The fare on this route is free, but need to get to the last stop. It is located near South river station, which is located on Andropov Avenue. Before you go on a trip, it is necessary to accurately calculate the time, otherwise you risk getting stuck in traffic and miss the ship.

From the South river station are sent to the ships, "Alexander Benois", "Karl Marx", "Borodino", "Afanasiy Nikitin", "Ivan Kulibin" and other vessels upper and middle class. You can go to the Golden Ring, Saint Petersburg, Astrakhan, Perm, Ufa, on the Solovetsky Islands and around the capital, in the famous "Moscow circumnavigation". You can go on a cruise with high-ranking guests, ordering the cabin of enhanced comfort.
Is the advice useful?
See also
Присоединяйтесь к нам
New advices