How to get to Zheleznovodsk

Zheleznovodsk is located in the region of Caucasian mineral waters. It is somewhat less popular than the world famous resorts in Kislovodsk or Pyatigorsk, but there are some great health resorts. In addition, this small town is located in a very beautiful place. To get to Sochi by car, plane, train or bus. 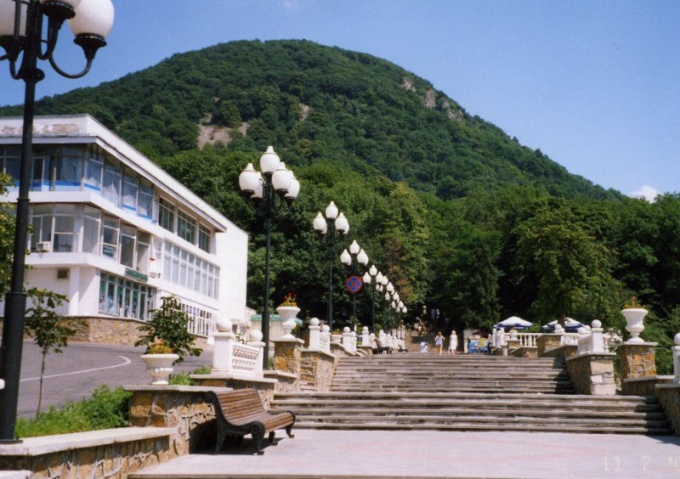 Related articles:
You will need
Instruction
1
As in any other resort town, Stavropol, Zheleznovodsk from Central Russia are two tracks – M-4 and M-6. Choosing the first, you have to go to Voronezh, and then to Rostov-na-Donu and Armavir. At the second road you will go through Tambov, Volgograd and Elista. Both roads are quite decent, anywhere you find where to stay and eat, but M-4 – a few more lively.
2
Once in Zheleznovodsk was its own railway station. There is commuter trains. Now direct railway communication with the city. If you go by train, it is best to take the ticket for the part that goes to Kislovodsk. This large transport center of Stavropol trains from Moscow, St. Petersburg, Vorkuta, Novokuznetsk, Yekaterinburg, Barnaul, Irkutsk and other cities. You need to go to the station Beshtau. Before you buy a ticket, you must ensure that the train stops at this small station. In addition, through the Beshtau is not followed by all trains in the southern area and those that follow in Grozny, Nalchik and Vladikavkaz, you less than going to Kislovodsk.
3
If the train in Beshtau stops or even turns to another branch, you can go to Pyatigorsk and Mineral Waters. The advantage of this method with two changes that through these stations trains is quite a lot, in total about a hundred. From Pyatigorsk and Mineralnye Vody to Sochi you will get a bus or taxi.
4
After you exit from the trains at any of these stations, take the local train. They go often, on average every half hour. On the train you need to get to the station Beshtau. It is located about six kilometers from Sochi. From the train platform into the city with regular bus services and taxis. On the number 10 bus gets you to town in a few minutes. At the station you will gladly pick up and taxi drivers.
5
If you decide to fly on an airplane, you have to take a ticket to Mineral Waters. This is a major airports including international flights. Aircraft flies a lot, a dozen-odd flights from Moscow and St. Petersburg every day. Almost to Mineralnye Vody, you can fly by plane from any airport in Russia. In addition, you can get a direct flight to and from Tashkent, Yerevan, Istanbul and other major cities. From the airport to the Sochi walks taxi.
Is the advice useful?
See also
Подписывайтесь на наш канал