How to get to Volgodonsk

Volgodonsk is a relatively young city in the Rostov region. He came from several villages. In 50-e years it was one of the "construction of the century" - was created Tsimlyanskoe reservoir and hydroelectric power plant, in which there was the village. Then in Volgodonsk built a nuclear power plant that turned it into a major scientific and cultural center. There are several museums, and in addition, regularly hosts competitions and festivals. To get to the Volgodonsk best from Rostov-on-don. 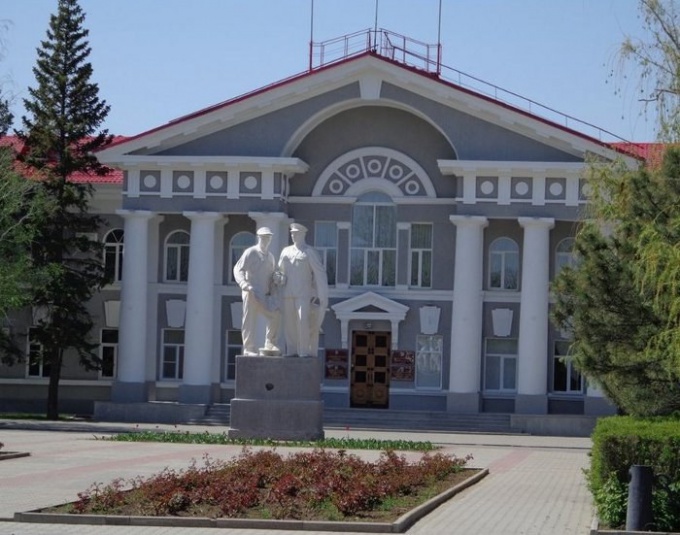 Related articles:
You will need
Instruction
1
In the Volgodonsk airport so if you all prefer air transportation, you need to take a ticket for any plane flying to Rostov-on-don. This is usually no problem, good Rostov international airport where you can fly without a transplant not only from Moscow or Saint-Petersburg and many other cities. Moscow planes fly from all three Metropolitan airports. In St. Petersburg you want the airport Pulkovo-1. In addition, to Rostov direct flight possible to get from Norilsk, Kazan, Sochi, Novy Urengoy, Samara.
2
Rostov airport is convenient because it is in the city. To get him to Volgodonsk, you need to get to the train station or the bus station. They are close, you need to go out on the same stop. From the airport there are buses No. 7, 70 and 95, as well as trolley bus # 9. Near the station you will find a bus to Volgodonsk. Along the way you'll about four hours.
3
From Rostov-on-don, Volgodonsk and can be reached by suburban train. Time, however, it will take longer. Find it in the schedule the train to the station Volgodonskaya. Can be reached with a change in Salsk, as a rule, train agreed, and, after reaching the City, you can catch a train to Volgodonsk.
4
If you prefer rail transport, you also need to get to Rostov-on-don. Through growth follow all the trains of the South. Direct train you can get from Moscow, St. Petersburg, Vorkuta, Murmansk, Novokuznetsk, Yekaterinburg and many other cities. You arrange and train to the Caucasus in Kislovodsk, Derbent, Makhachkala, Nalchik, Grozny, Vladikavkaz. Rostov is a large station, it stops all the trains. And then take the commuter train or go on foot to the bus station.
5
There are two options to get to the Volgodonsk buses. In the first case you will have to change trains in Rostov. Rostov has direct bus connections with many cities, including Moscow, Vladikavkaz, Grozny, Stavropol, Krasnodar. To change to Volgodonskiy bus at the same station.
6
From Moscow, St. Petersburg, and Nalchik walk and direct bus to Volgodonsk. If you are driving from the capital, you need to get to the Kazan railway station or metro station "Teply Stan". From the Kazan station for buses to the city, from the Warm mill in Elista. Both routes go through Volgodonsk. To the city will take you and Elista the bus, which leaves from the bus station №2 in St. Petersburg. Is this station on the bypass channel.
7
To Volgodonsk, and can be reached by car. From the center there is a M4 through Voronezh and Rostov. From Rostov-on-don you should go to the East. From the regional center to the Volgodonsk – slightly more than two hundred kilometers. By the way, in Rostov-on-don there is such a service as an intercity taxi. You can call it from anywhere in the city, and you will be transferred to Volgodonsk named your address. However this pleasure may be more expensive bus ticket from Moscow to Rostov.
8
Despite the fact that Volgodonsk stands on a large river, you can get there by water almost impossible. Regular court, as a rule, pass by and stop do not. But some travel agencies offer boat trips from Voronezh and Rostov with a sunset in Volgodonsk.
Is the advice useful?
See also
Показать еще
Подписывайтесь на наш канал