How to get to Lazarevskoye 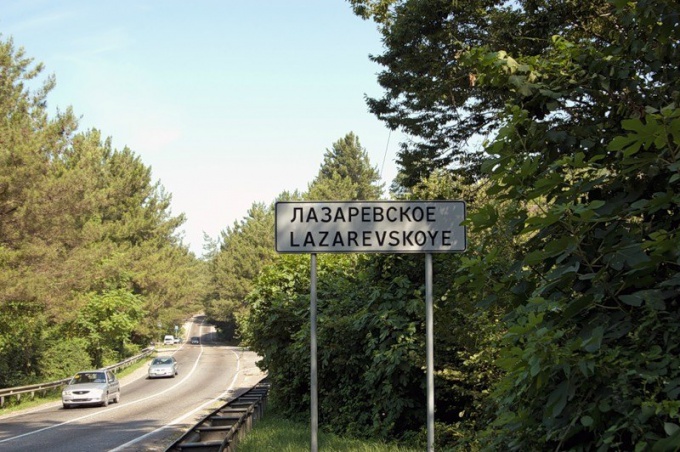 Related articles:
Instruction
1
Flying is one of the fastest and most costly in financial terms the way. Airport located in Adler. To Lazarevskoye can be reached by taxi — cost about 2000 rubles, journey time 2-2. 5 hours; by bus — many owners of gazelles and minibuses bride money during the season, the schedule is not known, as lucky, pay less; with changes — by Aeroexpress train from Adler to Sochi and from Sochi to the village, you can also use the train or passing passenger train.
2
Train. When you buy a ticket you should pay attention to the fact that the name of the station — "Lazarev". It passes through a large number of trains. Buying in season is to do in advance 45 days before the planned trip. Information about tickets and trains in this direction can be found in the box office/railway station or at the official website on the Internet, it is also possible overpayment to purchase a ticket in the commercial banks.
3
By car. You need to prepare the car for the trip, check it out in the garage. Be sure to put the spare wheel, first aid kit, fire extinguisher, tow rope, jumper cables and a set of keys and screwdrivers - this is a minimal set of motorists. Access by car is easy to Lazarevskoye, maps and atlases are not required along the way there are necessary pointers. To refuel only on proven gas stations on the highway that YUKOS and LUKOIL, TNK occasionally. Need to move on the M4, but in the area of Dzhubga must turn to the road M27.
4
One of the difficult parts of the road is "serpentine". Called it so no wonder, the road in the mountains so twisty that resembles a serpentine. Best of all, this phase to pass and rested in the early morning to avoid traffic. Before driving on this stretch of road you must check the brakes and steering. Despite the fact that the nature here is very beautiful, the focus should be on the road. When driving on serpentine need to observe the speed limit of 40-50 km/h, cuddling closer to the curb, not to overtake the car in places of limited visibility, not to cross the solid, in the event of overheating the car to stay in the pocket and not create a traffic problem.
5
When driving in Lazarevskoye, you must be very careful, because a lot of tourists cross the road nepolozhennyh places to pay attention to traffic lights, pedestrian crossings and markings.
Is the advice useful?
See also
Подписывайтесь на наш канал