How to get to Petrozavodsk

From Petrozavodsk starting point of many tourist routes. From here, you can quickly get to the Islands of Kizhi and Valaam, of Solovki, in the Ladoga area. And the town itself is very interesting and beautiful. A favorite place of citizens and guests of the Karelian capital is a wonderful Onezhskaya embankment. To reach Petrozavodsk from any point of Russia via Moscow or St. Petersburg. 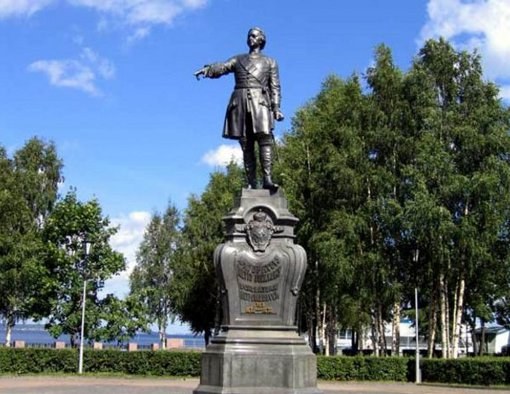 Related articles:
Instruction
1
In Petrozavodsk has an airport with international class. Every day here come a few planes from Moscow and St. Petersburg. So of these cities you can fly to the capital of Karelia in about two hours, and from St. Petersburg even faster. By the way, a direct connection between Petrozavodsk and Helsinki too.
2
If you travel to Karelia from Moscow or do in the capital transplant, you need to get to Leningrad station. It is located near the metro station "Komsomolskaya", the famous Plaza of the three stations. You will easily get on a train Moscow-Petrozavodsk and approximately 12-15 hours to get there. Fit you and all the trains going towards Murmansk – Moscow, Novorossiysk, Simferopol, Adler. But be careful – they go from different Moscow stations, and sometimes even with the suburban stations.
3
From St. Petersburg to Petrozavodsk is a few trains. The fastest option is the train from the Ladoga station. It's only 8 hours. To attend it, you need to drive to the metro station "Ladoga", which is on the yellow line. From the same station and the train to Murmansk, which also goes through Petrozavodsk.
4
The second route via Saint Petersburg takes some more time. You need to get to Moscow station, there is metro station "Ploschad Vosstaniya". This red line metro. If you go on the green line, you can go to "Mayakovskaya", but it is about a five minute walk from the station. Trip to Petrozavodsk by train will take approximately 15 hours.
5
In Karelia, an extensive network of bus routes. From many cities of North-West region in Petrozavodsk can be reached without a transplant in Moscow or St. Petersburg. Direct bus connection exists with Vologda, Veliky Novgorod, Sortavala, Medvezhiegorsk and other cities. There are international flights to Helsinki. As for St. Petersburg, the Northern capital in Petrozavodsk you can reach the two routes from the bus station on the Obvodny canal and North bus station.
6
Don't forget that Petrozavodsk is one of the region's largest lakes and the centre it is washed by two rivers. So to the Karelian capital can be reached by water. On a cruise you can go from St. Petersburg, and on the way view of Valaam and Kizhi.
Is the advice useful?
See also
Подписывайтесь на наш канал