How to get to Pavlovskiy Posad

A city known for its textile industry, Pavlovsky Posad, located about sixty kilometers from Moscow. He is famous not only for scarves, but also a beautiful landscape on the banks of the river Klyazma. 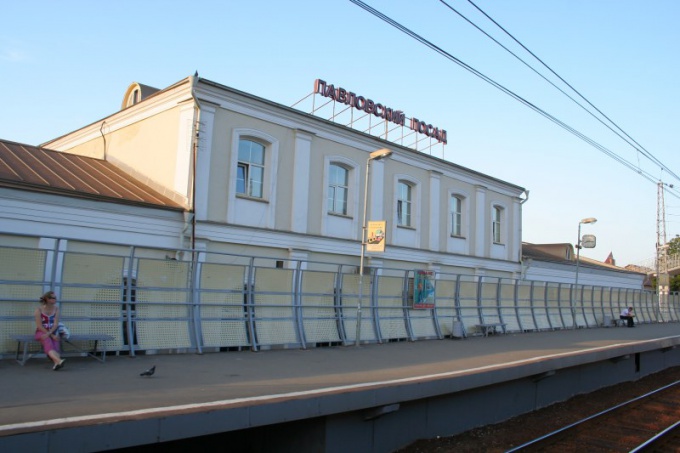 Related articles:
Instruction
1
If you want to drive to Pavlovskiy Posad by train, go to Kursk station. Buy a ticket on the train Vladimir – to Petushki, Vladimir, or Elektrogorsk. Stop in Pavlovskiy Posad transit, but the trains stop at it. The journey time will be approximately an hour and a half. Only pre-view the train timetable – in the morning there is a big break.
2
If you still hit the break, go to the bus station (Partizanskaya). Find bus No. 386, following the route Moscow-Pavlovskiy Posad. The only inconvenience of such public transport is the tube. Because a bus route runs along highway of Enthusiasts and Balashikha. And it is the place of the traditional difficulties on the roads. So remember, the bus ride may take you at least three hours.
3
If the bus number 386 you're late, use the alternative. Go by bus to the city of Noginsk. And arriving at the bus station, take bus No. 27, which goes right to Pavlovskiy Posad.
4
Getting to town by car, be sure to go in advance and properly plan the route. If you need to get to the center of town, go on the Gorky highway. For about the fiftieth kilometer near the village Blacksmiths will be a traffic light with signs to turn right.
5
If you are interested in the southern part of the city, choose nosovihinskoe highway. The fact that the city railway parts, and you can lose a lot of time standing and on the move. On nosovihinskoe highway you need to move in the direction in Elektrostal, where at the junction, go right towards the Egorievsk highway. Just a kilometer you will need to turn left at a pointer. After 3 kilometers turn right at the pointer Likino-Dulyovo. Then after another 10 kilometers, turn left to Pavlovskiy Posad.
Is the advice useful?
See also
Подписывайтесь на наш канал