How to get to Stupino

The city Stupino — is the administrative center of the Stupinsky district of the Moscow region, located 99 kilometers South of Moscow. Founded in 1938 and is now the largest city Stupino-Kashira agglomeration. 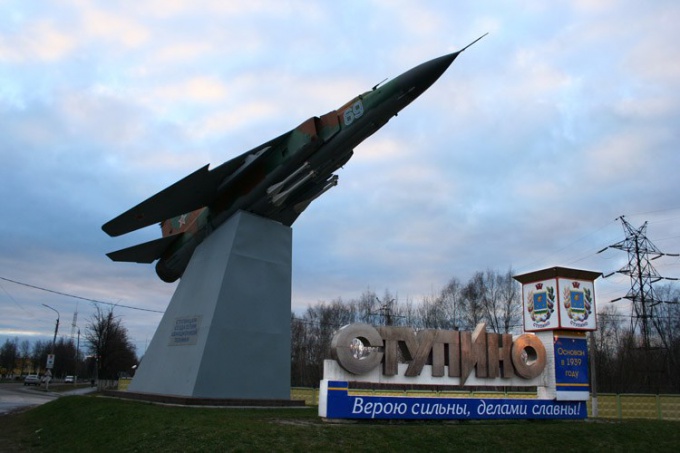 Related articles:
Instruction
1
Pretty easy to get from Moscow to Stupino on an ordinary train. Trains that go to Stupino with Paveletsky station of the Russian capital, a great many. You can take the train "Moscow — between uzunovo", where you ride will last 1 hour and 53 minutes. You can ride to Stupino on the train "Moscow — Necklace", which rides 1 hour 52 minutes, it is possible to go by train "Moscow — Kashira", which travels slightly faster — up to Stupino can be reached in 1 hour and 47 minutes. There is also a train "Moscow — Stupino", which will take 1 hour and 50 minutes.
2
From Moscow to Stupino is also reachable by bus. Need to get to the metro station "Krasnogvardeyskaya" and from the bus station to take bus No. 334 "Moscow — Stupino". The bus arrives at the final station "Stupino, bus station". Journey time is from 1 hour 30 minutes to 1 hour 45 minutes.
3
If we talk about the trip from Moscow to Stupino on the car, you have to go on Kashirskoye and start to go around the city Vidnoye. Will after Prominent such settlements as Sapronova, fedyukovo and Pavlovsk. Then you need Kashirskoe highway around the city of Domodedovo, drive red'kino and zabor'e and to pass through the town a Christmas. Next on the way will Yarlykovo, Rtishchevo, Nemtsov, Sidorovo, then it is necessary to round the town of Mikhnevo and drive to the village Road. Then along Kashirskoe shosse, Zabelina and SITNE-Shchelkanovo. Well, the next step is before Sagatova, to turn from Kashirsky highway to the left and five kilometers would be useful. This way, in a favourable traffic situation, will take approximately 1 hour 35 minutes. But if there are traffic jams on the roads of Moscow and on the busy Kashirskoye highway, the journey time can take up to 3 and up to 4 hours.
4
There is a second option of driving from Moscow to Stupino. It should be on the road "M5 Ural" and to go through Lyubertsy and Bronnitsy to Moscow Small ring and turn there to the right, in the direction of Bulygina and Berezantseva. Moskovskoe small ring will bring to the intersection of the Kashirskoye motorway, where you have to turn left. And then, before Sagatova, to turn from Kashirsky highway to the left and after 5 miles enter in Stupino.
Is the advice useful?
See also
Показать еще
Подписывайтесь на наш канал