How to set offset antenna

In contrast to axial-symmetric satellite antenna that is directed exactly towards the satellite offset antenna has a somewhat different configuration method. This depends on its design features. In other respects these two options are not significantly different. Need to know the direction to the satellite, area cover, antenna tilt angle and the coordinates of the city. Thanks to satellite antenna can not only receive TV channels in digital quality, but also to connect to the global Internet. 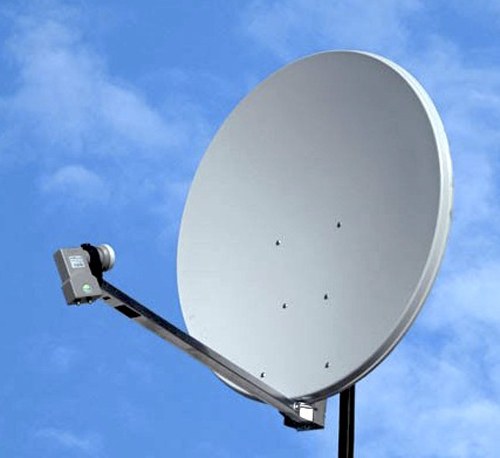 Related articles:
You will need
Instruction
1
Select the diameter of the satellite offset antenna according to the desired coverage area of the satellite or group of satellites. It can be found on the website www.lyngsat.com there are defined and the parameters of the television or the Internet transponders. The antenna dish take a little longer than recommended. Select the Converter according to the signal range of a transponder of a satellite, i.e., Ku (linear or circular) or C-band – r, l. It's a must. Otherwise, the signal accept will not work.
2
Install a satellite dish in a place where in front of her, in the direction to the satellite will not be high-rise buildings and tall trees with spreading crown. Otherwise, the signal from the satellite will "fall" on the TV screen into squares and Internet packages will come with very large errors and delay.
3
Determine the angle of elevation or angle of inclination offset satellite antenna. You need to know geographical coordinates of your city. You can find them on the website www.maps.google.com. Elevation find with the help of the programme Satellite Antenna Alignment. This program will also help to produce the configuration of the antenna according to the sun, i.e. within the window specified what time in your city the sun will be in the same direction as the desired satellite. At this time you should point the antenna in there and moving it left-right and up-down to scan the horizon. Take it slow, haste in this process is not necessary. For tone detection, you can either use a special device or computer on which you installed the program Fastsatfinder, or a satellite receiver connected to the TV.
4
Adjust the antenna using the PC. To do this, run the program Fastsatfinder, enter the desired satellite in the popup menu, select the transponder, which were defined earlier and press the red button. Start scanning the horizon. With the appearance of percentage signal values achieve their maximum values. Secure the antenna. Loosen the Converter (linear) and bring the signal to maximum by turning it clockwise or counterclockwise and lock.
5
Adjust offset antenna with satellite receiver. Turn off the tuner. Connect coaxial cable with F-connectors to the heater antenna, and the input of the LBN in the receiver. Connect it to the TV through the antenna socket. Turn on the receiver. Tune the television to the channel which will continue to show a satellite TV. In the menu of the receiver, select "Antenna" or "settings" and select satellite. If not, then enter manually via the menu "edit". The remote control to select the transponder and start scanning the horizon antenna. At the bottom of the settings window there are lines of power and signal strength. When it appears press and to adjust the Converter, achieve the maximum values.
Is the advice useful?
See also
Присоединяйтесь к нам
New advices