How to set satellite dish to the satellite

The main advantage of satellite TV is its price and the ability to broadcast TV channels from any location in the world where there is appropriate coverage of the satellite. In addition, many free channels, and digital quality of the picture matches DVD. In addition, satellite TV system, dish+computer with DVB card allow you to receive the packages satellite Internet where there is no possibility to lay the cable line. 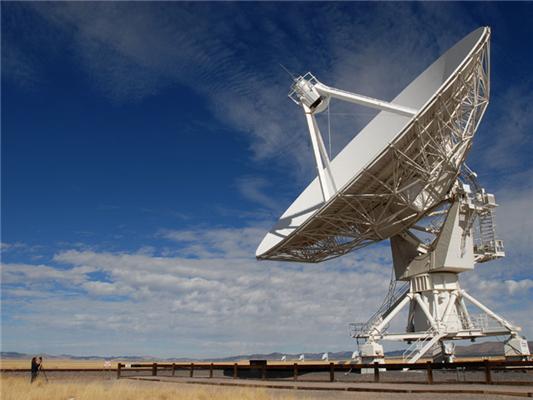 Related articles:
You will need
Instruction
1
Install the antenna on a wall, a roof or just out in the yard on a special post. In this respect the principle is: in the direction of the satellite should not be obstacles such as high trees or high buildings. Can use as an axial-symmetric antenna, and offset. The latter is used more often in the Western part of the country. Fasten the antenna securely so that wind could not disrupt.
2
Put the rod offset antenna Converter. Attach coaxial cable with F-connector. Further tuning of the antenna to the satellite can produce as using a computer with an installed DVB-card, appropriate software, and using any satellite receiver.
3
Insert the DVB-card into the appropriate slot of the computer (SkyStar 2) or connect via USB (SkyStar 3). Install the software. Install ProgDVB, it will give the opportunity not only to view TV channels and record. In addition, when using the appropriate plugins, such as Vplug, S2emu, Yankse, you can actually see and scrambled channels, mostly encoded in BISS.
4
The most appropriate to tune the antenna by the sun. To do this, use the program Satellite Antenna Alignment. Enter the coordinates of your city (use http://www.maps.google.com/), on tab "azimuth of the sun, select the satellite in the drop-down menu, for example, Sirius 5E (E means East longitude, W – West). Shows the azimuth and elevation angle, i.e. the tilt of the antenna. On the left is a table that accurately indicates the time when the sun is at the right degree. Aim the antenna in that direction.
5
Install Fastsatfinder 1.6 or higher, it will give the opportunity to fine tune the antenna to the satellite. Select the satellite (Sirius 5E). Enter the value of the corresponding transponder on it. The most powerful is by 11766 H 27500, which shows frequency, polarization (H – horizontal, V – vertical) and symbol rate, respectively. The list of transponders for every satellite, are available on the website http://www.lyngsat.com/.
6
Release a little mount a satellite dish to be able to move it up and down and side to side. Logically, 5E is about 5 degrees from the earth's surface (actually 26, ie still quite low). So set the plate almost vertically. Turn it to the right until it stops.
7
Press the program Fastsatfinder red button. Start to move it slowly to the left. When defining a signal, the program will make a sound and display a percent of his power. Achieve maximum value.
8
If the signal does not appear, lift the mirror antenna (change the angle) and repeat the procedure. After catching the maximum value of the signal, secure the plate. Then, turning the Converter again maximize signal and tighten the Converter. A good signal of 70%, if it is less, there is a possibility of "splitting" of the signal in rain, snow or dense fog.
9
Run ProgDVB, select the satellite and scan it. In channel menu, select the desired and click it. In the main window, the image will appear. At the bottom of the window we will see the quality and signal strength.
Is the advice useful?
See also
Присоединяйтесь к нам
New advices