How to configure a Tricolor

Satellite television "Tricolor TV" is one of the most in demand in Russia. Certainly, the installation of the antenna and the tuning process is best performed by an experienced specialist. However, all this can be done independently. 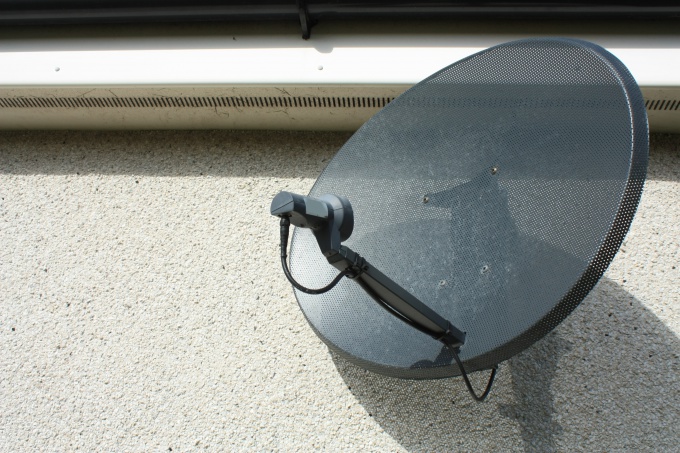 Related articles:
Instruction
1
The first stage is the Assembly of the antenna. Assemble it following the included instructions. Note that in the maximum tilted position, the plate antenna can be perpendicular to the ground. If the slope is too small, carefully inspect the antenna – most likely you got it not quite right.
2
Antenna Tricolor TV" mounted on the South side of the house. The satellite from which the broadcast originates, is at 4 degrees to the left of the South. Position the antenna on a compass just to the South, then slide to the left by 4 degrees. Secure, yet not too much, her in this position. The plane of the plates align perpendicular to the ground. For the Northern regions of the country, this slope should be negative – that is, the plate should look a bit into the ground. This is due to the design feature of modern offset plates. Connect the Converter plates and the receiver cable, the cable itself will catch the tape to the holder of the Converter and the base of the antenna so that it is not rocked by the wind.
3
Turn on the TV and the receiver. Double-click the red button in left middle of the console bar appears setup settings signal strength and quality. Don't be surprised if the scale's empty plate just does not "see" the satellite. Now it is necessary to "catch": if you can't adjust the dish and see the screen, you will need a helper. You can communicate by cell phone. One person is watching TV, the second very slowly rotate the antenna up. If the signal does not appear, turn the antenna left or right and then repeat the procedure.
4
Surely the "Tricolor TV" look and the other residents of your community. Look at the objects at the angle that – at least approximately – rotated relative to the ground plane of the antenna, this will help install. Catching the signal, carefully adjust the antenna so that the strength and quality of signal reached approximately 80 percent of the scale. This is a good result that allows you to view TV programs with the highest quality.
5
The next step is to configure channels "Tricolor TV". Press the remote button "Menu", select "find channels Tricolor TV". Start a search. When the channels are found, you are prompted to save them, click Yes. Note that first you may not see any channel, everywhere it says "Encrypted channel DRE". This is because the receiver has not yet received from the satellite access keys. The same situation happens in the case when the receiver a few days stood off. Just leave it powered on any Federal channel – for example, "Culture". Within a few hours all the channels will start working.
Is the advice useful?
See also
Присоединяйтесь к нам
New advices