How to set antenna

Terrestrial antenna cheaper satellite and the configuration is not complicated actions. It is enough to have line of sight to the transmitting center, quality amplifier TV signal and good cable television. On the territory of our country's main terrestrial television channels without difficulty accepted for such antennas. 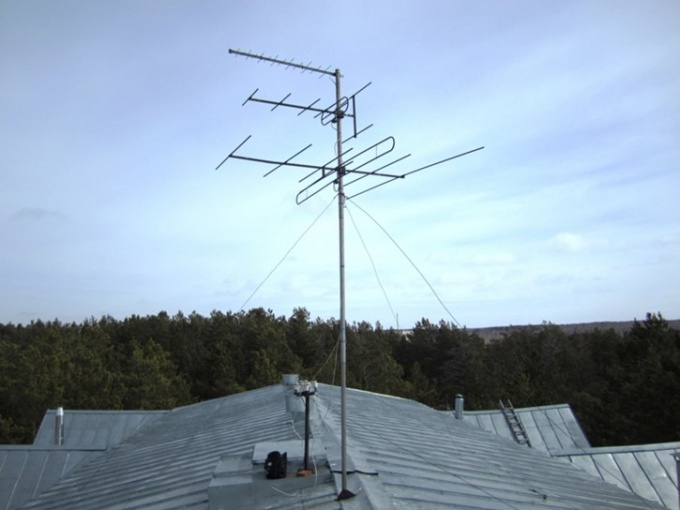 Related articles:
Instruction
1
Choose the right direction for television transmitting center and move to the antenna. Hover on the antenna, which has a narrow radiation pattern, i.e. in the UHF range, and selecting the weakest channel in it. Take the TV cable with the thickest Central core. Connect the level meter to the UHF antenna and measuring the signal level, find its maximum: for MV1 (1-5 channel) is 74 dB, for MD2 (6-12 channel) - 60 dB, UHF (channel 21-69) - 50 dB. If no meter, get the best pictures. The defect image may occur due to insufficient signal level, then the screen displays "snow", or because of the insufficiently high signal-to-noise.

2
Align levels between the ranges. This procedure, unfortunately without measuring device is almost impossible to do. Traditionally quite strongly accepted the first range and often should be introduced into the schema of the attenuator. On the second range a strong signal from 8 channel (Russia), and this usually requires the installation of rejector on the 8th channel, you can even adjustable. For this scheme, and align the levels by using notch filters UHF band, in this case, you may need a preamplifier UHF.

3
After that connect all cables with the prepared to multiband bands (multiband amplifier), where the signals with the help of a band of regulators are summed, equalized and amplified to the required level for feeding to the network. Note that the TV requires from 60 dB to 90 dB, and a signal which is amplified more than 100 dB can create intermodulation (preuzimanje). As a result, the picture appear when shade is illuminated through a single channel picture second channel, or "crosses". When the levels below, then one can change the antenna to a more powerful or elevate them above.