How to seal door

For the preservation of their property, material values, documents and other information currently widely used method of sealing of the premises. When the filling door is easy to calculate fact and the approximate time of the autopsy, which makes it easier to identify offenders. Doors are usually sealed or long term, or carry out sealing daily. All depends on the situation. 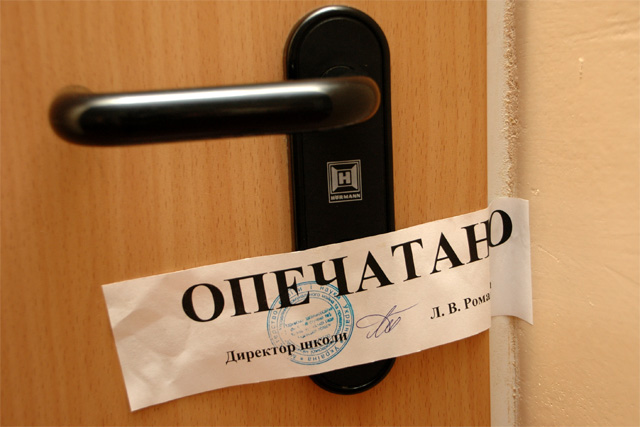 Related articles:
Instruction
1
Create the company orders on behalf of the Director on the necessary sealing of the door. The order must specify the reasons for the establishment of the seal, the timing, the procedure of sealing, the circle of responsible persons. the Sealing door can be a long time, for example, if you want to leave the safety of the occupants property. Daily sealing is necessary in order to ensure that in the room no one came in during the absence at the place of work of the responsible person. Warehouses typically sealed every time you use the property located therein, or adds a new one. In this case, you must write a report.
2
Seal the door with a strip of paper or an industrial seal. On the seal it is necessary to write or print information on when done sealing the door, in what order. For the filling put the company seal and the signature of one of the persons. a piece of Paper-seal glue so that when you open the door it is necessarily torn in half.
3
Make the act, if necessary, removing the sealing of the seal. If the failure of the seals and the opening of the room happens every day, then this procedure is carried out only by the responsible person. In this case the Protocol with indication of the date and time of removal of seals as well as reasons. If the door was sealed for a long time, the failure of the seal produce only by order of the Director stating the reasons, dates and identify the persons responsible.
4
Write a statement to the police and make a report in case of failure of the seal. If the seal was broken illegally, then you should make a report indicating the date of detection of the incident and a list of missing items (if something disappeared and was stolen). Under the act, written statement to the police.
Is the advice useful?
See also
Присоединяйтесь к нам
New advices