How to check VIN code

VIN-code car - a modern unified international vehicle ID. On a VIN-code it is possible to know the origin of the car, year of manufacture, brand, manufacturing company. 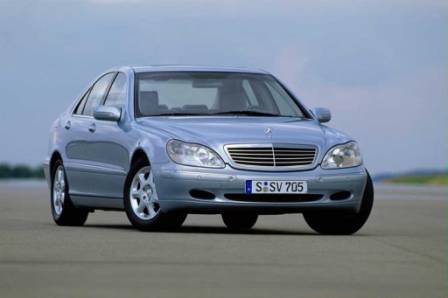 Related articles:
You will need
Instruction
1
The VIN number of the vehicle recorded in the Certificate of title to the vehicle and the Technical passport of the car in the "VIN code" and is duplicated in the column "number of bodies". VIN consists of seventeen characters which can be numbers and letters. Conventionally, the VIN can be broken down into 3 parts. Each symbol VIN carries a specific information:
1st, 2nd, 3rd characters of the VIN - world index of the manufacturer, designed to the manufacturer for the purpose of its identification. The code consists of three characters: the first means the geographic area, the second country in this area, and the third a specific manufacturer.
The first character indicates the country of origin:

The second character is the manufacturer:

V - Volvo, Volkswagen
The third character indicates the vehicle type or manufacturing division.
2
4th, 5th, 6th, 7th, 8th, 9th characters in the VIN is the narrative. The second section of the VIN consists of six characters that describe the properties of the car. What are the signs, the sequence of their arrangement and their meaning is defined by the manufacturer. Unused item, the manufacturer is entitled to fill in a select in its sole discretion marks. 4th, 5th, 6th, 7th, 8th characters represent the body type, engine type, model, series, etc. 9th character - check digit VIN that determines the correctness of VIN-number.
3
10th, 11th, 12th, 13th, 14th, 15th, 16th, 17th characters of the VIN is a distinctive part of the car. The third part of the VIN is a composed of eight characters in the third section. The last four characters of this section must be numbers. Tenth character indicates the model year:

9 – 2009
The eleventh character indicates the Assembly plant of the vehicle.
12th, 13th, 14th, 15th, 16th, 17th symbols is the sequence of the vehicle production flow during the Assembly line.
Useful advice
Vehicles such as Hyundai, Ford, Kia, available in Russia, and their VIN-code that begins with the letter H. Their VIN number may not break in programmes for the selection of spare parts. To establish the VIN of the car world sample look for it stamped on the back of the machine. Most often, it is embossed under the windshield on the driver's side of the hood.
Is the advice useful?
See also
Присоединяйтесь к нам
New advices