How to check a tax stamp

The use of excise stamps allows you to quickly find the goods not paid excise duty (that is, for which the state has not received the necessary money in the Treasury). Excise stamps guarantee the purchaser not only the quality but also the number of (correctly specified volume of the product. Excise stamps in our country appeared in accordance with the decree of the Government of the Russian Federation from April, 14th, 1994 "About introduction in territory of the Russian Federation excise stamps". Mandatory labeling to be food alcohol, wine-vodka products, tobacco and tobacco products, imported on the territory of Russia. The sale of goods without excise stamps in the territory of our state from January 1, 1995 is prohibited. 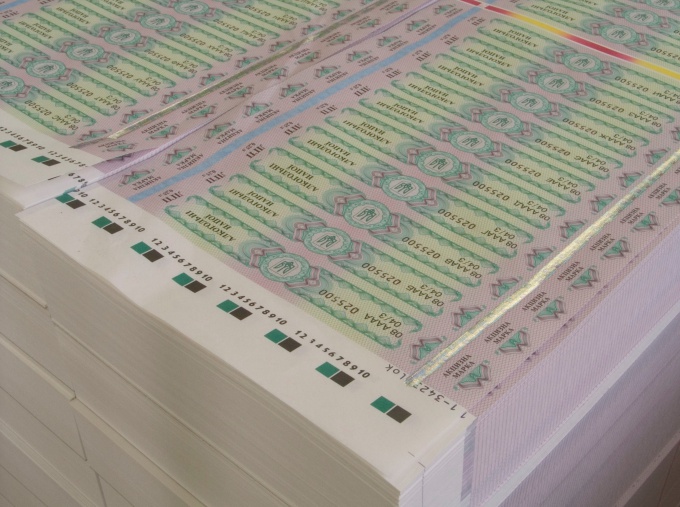 Related articles:
You will need
Instruction
1
Modern tax stamps are made in Russia since 2005, is the third, particularly protected from a fake release. They are made by four methods of printing on self-adhesive paper with security thread. Under the adhesive layer are grid and pattern, which includes at least two types of security fibres and chemical protection. The trademark with an inscription "Alcoholic production over 9 to 25 %" are documented in grey-red colors with an inscription "Fault natural" — in green-yellow colours, with the inscription "Wine" — in the purple-green tones, with the inscription "Fault sparkling and sparkling" — in yellow-blue colours, with the inscription "Alcoholic production over 25 %" — in pink-orange tones.
2
The brand of alcohol caused a holographic image. Tax stamps are free from images and text space for drawing information about the branding of their products. Moreover, you should pay attention to the background grids and elements with gradation of colors in these nets.
3
In November 2002 approved the new samples of excise stamps for marking tobacco and tobacco products of foreign production. Modern stamps for tobacco printed format 20 × 44 mm for paper white with trentanove watermark in the form of a star with three rays. The paper contains security fibres of red and green fibers glow under ultraviolet radiation. On the front side over the entire area (except for the side bands and the Central part with the emblem of our country) brand of thin shaded dotted lines, it protects against photocopy and, therefore, the counterfeiting of goods. In the Central part of brands of black paint printed emblem and text with duplicate words "Russia import. The inscription on the stamps is also made in black paint. In the top brands over the frame in the center is written "Excise stamp". To the right of the frame vertically applied a series of stamps consisting of letters and numbers. To the left of the frame vertically is the designation "CIS", "SEZ" or "Import" (depending on the country of manufacture of tobacco products). Also the tobacco - filter cigarettes; cigarillos; cigarettes without filter, cigarettes; cigars; tobacco Smoking; tobacco pipe.
Note
Excise stamps of the sample in 2005, in contrast to all previous editions, applied in the marking of alcoholic products on the bottle neck, and on her side. At the opening of the vessel brand, you can try to leave in one piece. Empty containers are often utilized on the illicit market. In September 2007 the State Duma for consideration a bill was introduced, which proposed to return the excise stamps on the bottle necks. It was expected that the amendments will enter into force on 1 January 2009.
Is the advice useful?
See also
Присоединяйтесь к нам
New advices