When performing virtually any physical works is likely to cut your finger. Even if you have a small wound, do not lightly treat it. But if the cut is deep, then the finger should wrap. 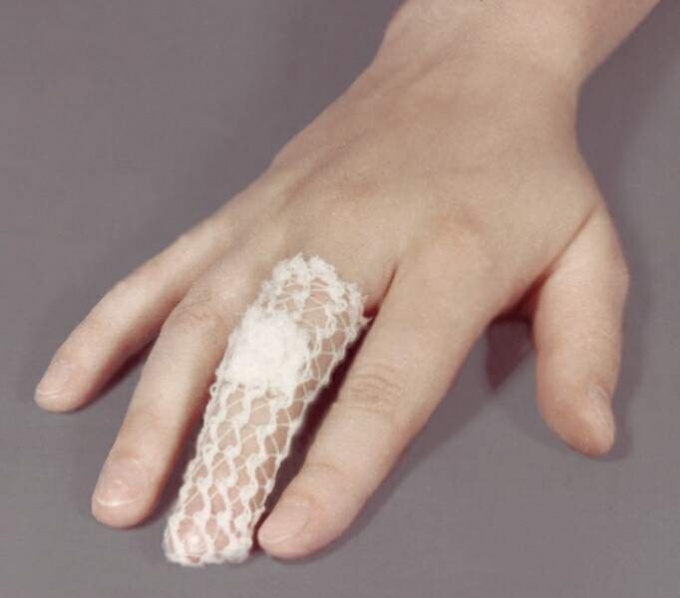 Related articles:
You will need
Instruction
1
On the finger of the hand most often impose a spiral bandage. For its production after a few turns of a bandage (usually 2-3) around the wrist, it should lead to the tip of your finger on the dorsum of the hand. Then send it to the base of the finger spiral. Then again go through the back of the hand, to bring him to the wrist and fasten. Such very simple way it is possible to securely wrap all the fingers in turn.
2
If injured with the finger tip, then make returning the bandage. Strip bandage, you must first hold the back side of the finger, then you need to bend the bandage on the finger tip, close the back surface of the finger to secure the bandage wraps of a bandage around the patient's finger.
3
Another way that you can wrap thumb - wrap finger bandage and secure it with a band-aid. To do this, take a narrow strip of adhesive plaster. One end attach the palm to the base of the bandage. Then route it to the tip of the finger, then on the other side of the finger brush and finally on the arm. Another part of the tape you need to wrap the middle part of the bandage. While this is not done very tight. You need to put such strength that the tape is able to retain longitudinal plaster and bandages in their places.
Useful advice
Before you tape up your finger, the wound should be disinfected. If you do, you will create conditions for the growth of microbes that can cause unpleasant consequences.
Is the advice useful?
See also
Присоединяйтесь к нам
New advices