How to wrap the bandages on his hands

Various injuries and cuts on the hands are quite common, and in such cases you always have to provide timely first aid to bandage it up. Learn to bind up the wounds of the hands is not so difficult, and in the future you will be able to contingencies to make dressings yourself as well as others. For the imposition of bandages on the injured limb you'll need gauze bandages, sterile wipes, and a triangular gusset plate and elastic bandages. Different materials for dressings used in different ways. 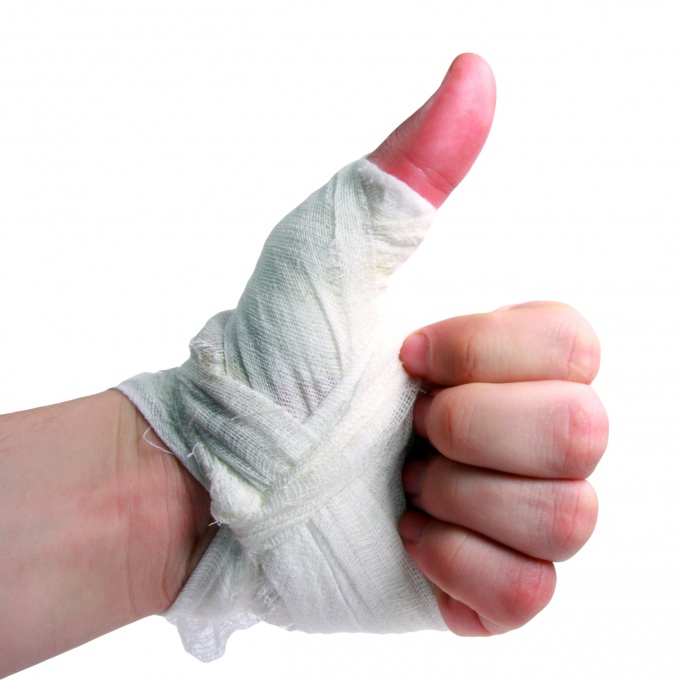 Related articles:
Instruction
1
If you use a sterile pad or napkin, pick up a gasket of such size that it completely covers the wound. Putting the strip, tightly wrap her bandage in a spiral, and then tie the ends of the bandage with a knot.
2
Do not tighten the bandage too much – don't let normal blood flow. Use only dry gauze bandage – the bandage wet while drying it shrinks and tightens the wound.
3
In all cases, the bandagesused to hand always leave open the fingers to track the status of the limb. If the arm is properly bandaged, the fingers are blue, not numb and not lose mobility.
4
To impose upon the wound a bandage with sterile gauze, apply it from the base of the finger to the base of the palm from the opposite side. Wrap several times the hand along this path, and then wrap several times the base of the finger by the end of the bandage, if necessary, raising the coils up and then again dropping down.
5
At the back of the hand pass the bandage and wrap it a couple of times around the wrist, then hook the bandage over your finger and tie around the wrist.
6
You can also use elastic compression bandage. It is necessary to impose on a raised hand, diagonally winding on the outer side of the handstarting from the wrist. Wound with a bandage hand, again go back and do a few turns around the wrist. This method of bandaging called "eight".
7
After you have done the above steps, make two or three turns of the bandage from the wrist on the arm, and secure the bandage with a safety pin or clip.
Note
How to wrap bandages. For starters, what is "Boxing bandages" is a special strip of cloth that boxers, and not only them but also athletes from other martial arts used to prevent all sorts of injury fists, fingers and wrists. There are 2 most popular ways of wrapping bandages on hands
Useful advice
These bandages can be safely recommended for experienced athletes and beginners because to disrupt the blood supply to them is practically impossible, and with proper bandaging fixation is not worse than elastic bandages. How to wind the Boxing bandages? There are several ways to wrap Boxing bandages, they also depend on the length of the bandage, and the upcoming training, and the personal preferences of the boxer and the trainer.
Is the advice useful?
See also
Присоединяйтесь к нам
New advices