How to become a Deputy of the State Duma

Let's see how to become a "people's choice". 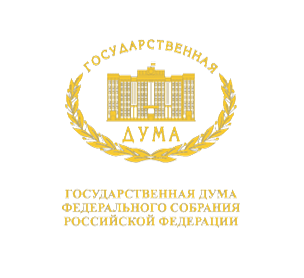 Related articles:
You will need
Instruction
1
Join the ranks of a political party. Make it is not difficult to come to the regional office of your chosen party and to write a statement, a sample of which you will receive in the Department. Within 2 months you will get a party ticket and will officially become a member of the selected party. Recommend to take seriously the choice of the party and a lot of sympathy to give the factions represented in the State Duma (United Russia, just Russia, CPRF, LDPR).
2
If you do not support any of the existing parties on the "political arena", you can go to the polls as an independent candidate. For this you need to notify your regional Election Commission and to enlist the support of 0.5% of voters from total number of voters in your constituency. Also there is a small condition: not less than 500 signatures, if the district has less than one hundred thousand voters. The elections to the State Duma in 2016, political strategists are predicting a record number of independent candidates, as 225 deputies are elected in single member constituencies.
3
To contact the regional party list, you need to have a certain reputation among voters and party members. Personally try to strengthen the authority of the party and increase personal authority through established working with the voters. It is easier to get into the party list if you're a famous athlete, actor, businessman.Don't forget that the more proponents your party the higher your popularity, the higher are your chances to take a parliamentary seat.
4
If you are a candidate, then as often as possible conduct open conversations with voters and various press conferences. Participate in charitable events and pickets. So to say, turn the attention of the public. But in this case the main thing is not to overdo it. Otherwise you will have to take over the "political clown". For this there are professional image makers and spin doctors who will teach you to speak correctly and give only feasible promises.
5
Create a strategy for the race, if you are a candidate, then hire a consultant. If you are a party, to hire anyone you do not have to. In the state party are spin doctors and image-makers. If your constituency is small, then mingle with respectable people in a constituency.
6
Believe in victory! After the elections to the State Duma is "a lottery ticket", maybe you'll get lucky.
Is the advice useful?
See also
Подписывайтесь на наш канал