How to find your patron

The name of the person in Orthodoxy displays a sacrament is unique, precious identity, it implies a personal communion with God. The power of the name is so great that, for example, the Holiness of icons is valid only if the face of the Holy "confirmed" his written name. 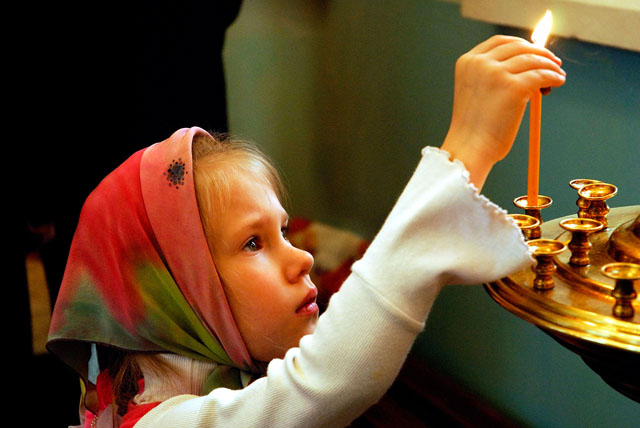 Related articles:
Instruction
1
The tradition to name children after Orthodox saints is rooted in the times of Ancient Rus. The child was named after the Saint, whose memory is celebrated on the eighth after the birth of a baby day (the eighth day – a special Orthodox symbol of the Kingdom of heaven).
2
Later, this tradition began to leave, and the parents gave the child the name of that Saint, the life and business of which were particularly close to them and respectful of them. This Saint became the patron Saint of the baby. It was believed that the patron sends a special grace on people that bears his name.
3
In our time, the tradition of the Name day (the celebration of the Day angel of the day of remembrance of the Holy patron) only reborn. How to find out who their patron saints have, and what day we celebrate his birthday?
4
If a person's name is in Christmas, you can choose any of the Saint, whose memory is celebrated on the nearest day after the birth or baptism of the person. If the name is not Christmas, need to go to the Church where he was baptized. There must be tapes of the procedure of baptism and the name of the Saint patron.
5
If you cannot appeal to the Church, it is possible to choose a Saint as a patron. You need to study the lives of the saints, choose the closest in looks and Holy deeds.
6
The acts of the Saint, in life, you can choose a patron of a particular profession. For example, the seafarers from ancient times honored the Saint Nicholas the Wonderworker. It is believed that prayer to the Holy patron gives strength in a difficult situation.
7
Needless to say that the believer is well acquainted with the way of life of his patron Saint and holds an icon at home with his face. The life of the Holy patron Saint as an example and source of inspiration.
Is the advice useful?
See also
Присоединяйтесь к нам
New advices