What name is at the baptism

The number of names in the calendar over the past half century has increased considerably, so to match the Orthodox name given at birth, or pick up similar in meaning or consonance, it will not be easy. In the absence of such, the final decision will be taken by the parents or the person upon reaching the age of reason. Of course, in line with the priest. 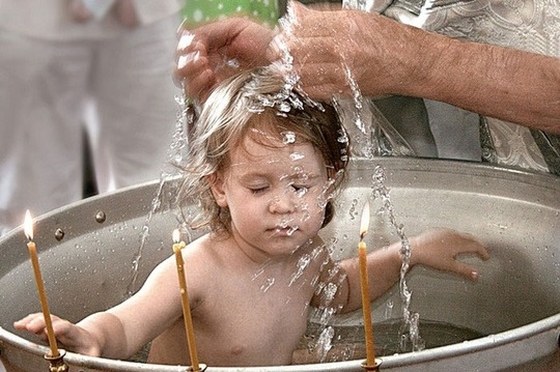 Related articles:
Gone are the days when Orthodoxy insisted on the appropriation of the baby named at birth according to the calendar (calendar Orthodox names). If a girl is born this day in the calendar is offered only to male names, selected the name day closest to the date of birth. Today everything is much simpler, but performing the rite of baptism, to choose the baby name relies of those that are available in the calendar. Far from true faith in God the parents, having a vague notion about the origins of the rite of baptism, sometimes only complicate the tradition, starting looking for another "secret" name, which supposedly no one should know.

Whether at baptism you receive a second name

In fact, it is not necessary to philosophize, and to name the baby any mom and dad name. One of the most influential leaders of the XX century Protopresbyter Alexander Schmemann explains this with amazing simplicity. He argues that since ancient times, any name was considered Holy, requiring respect and reverence for childhood. To carry the purity and Holiness of his "I" through life – this is the most important purpose of man. The tradition of naming baby already "implemented" in the name of a certain Saint came much later and is not Canon.

Therefore it is not necessary after the civil name registration in the registry offices to pick up baby another name for the Holy day of worship which is close to the date of birth or baptism. Some parents believe that if not this "binding" by a certain date, their child will remain without a protector. There is a difference between the concepts of the angel without a name and flesh, given to everyone at baptism, and the patron Saint having the same name with the person who accepted the rite of baptism. And Saints with the same name can be several, and every person has the right to choose treatment of someone who is closer to him mentally. The day of remembrance of his Holy and celebrated name days, which often coincide in date with the day of birth. How would the child be called anything, in baptism, he will still get guardian angel, designed to accompany and protect his life.

In the Bible there is a warning of Jesus that this name you want to save all life in the form in which it is given. We are talking about verbal expression. The Orthodox Church calendar is replete with names of Greek, Hebrew, Latin and Slavic origin, so you can get in tune with the name in the world is often not difficult. Ivan – John Denis – Dionysius, Egor and Yuri became George. But this does not mean that the person has received the second name. This is simply the analogue of the secular name.

Is there a concept of "secret name"

At the dawn of Christianity was not the calendar, but this did not prevent the people to accept the rite of baptism. Information about the need to have a second name given at baptism and is maintained in secret is likely a myth, because the history of Christianity is silent about it. If you believe that the ancient Christians took the names secret, in order to distract the dark forces and adversity in the form of evil eye from the real name, the Church is categorically against such an interpretation.

Possibly the legend originates in the inability sometimes to find in the calendar analogue of a secular name. Because then it should be based not on the word form and the semantic component. So Svetlana will be referred to as Photinia, since both names originate from the words "light" (Greek). Victoria will be Nike, Dobrynya – Agathon (good), Dmitry can become Thomas (twin), although today they both have a place in the calendar.

If the parents gave the child too tricky name, have nothing in common even in meaning with the names in the calendar, it is recommended to find still in tune. The priests believe that completely different names in sound and sense would make the same duality in the personal life of a person, causing him, to put it mildly, inconvenience.
Is the advice useful?
See also
Подписывайтесь на наш канал