How to find the percentage of the interest 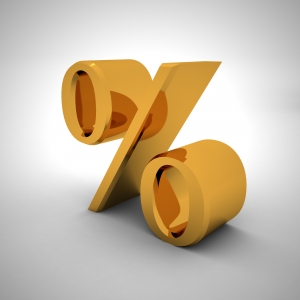 Related articles:
Instruction
1
Record the original data. The number and percentage of it. Need to find a percentage of a percentage. The specified calculation of the percentage spend by using its simplified representation. So 1% in decimal terms, is equal to 0.01 of an integer.

2
Initial interest is present in the form of decimal fractions. To do this, divide the percentage by 100.

3
Similar calculations of the percentage of the number, to calculate a percent from a percent multiply their decimal values. In the end, you will get a decimal expression of a percent from percent for a given number.

4
Translate the fraction to a percentage. To do this, multiply the result by 100. The resulting number will be the percentage of the specified percent.

Note
Find percentage of a number. For example, you need to find 36% of the number 283. Formula: X=N/100%×A, where X is the unknown variable; N is the known number, A is initial percentage.
Useful advice
For example, 7 percent can be written as 7/100 as 0.07 or 7%. An example of the most common types of tasks of interest include the following: "Find 17% of the 82". To solve this problem, you need to calculate the product of 0.17•82 = 13,94.
Is the advice useful?
See also
Показать еще
Присоединяйтесь к нам
New advices