How to translate into a percentage

Percentage is a relative unit of measurement that expresses the magnitude of a percentage of the whole compared with the number 100. The amount recorded in the format of the fraction shows the ratio of the fraction (the numerator) to the whole (denominator). This allows any number to translate the percent to a proportion, whether it is presented in the form of natural numbers, with ordinary or decimal fractions. 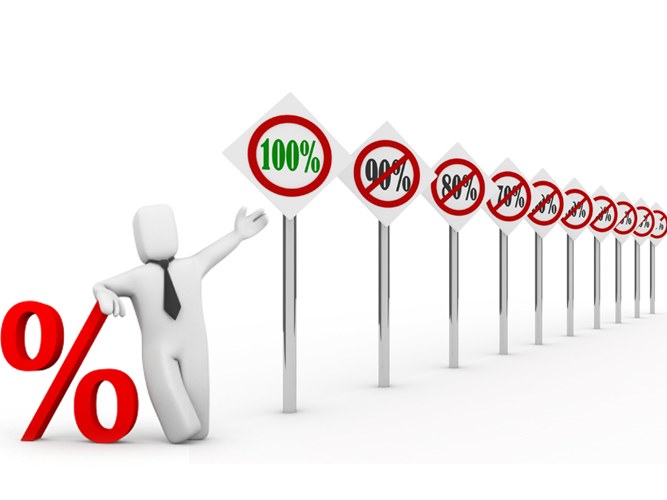 Related articles:
Instruction
1
To translate into a percentage of the number written in the format of fractions, make the proportion - prirodnaya it to the other fractions, the numerator of which should be the desired percentage, and the denominator is 100%. If we denote the numerator of the original fraction as a variable, the denominator as a variable b and the required number as x, the proportion can be written as: a/b = x/100.
2
We Express the unknown variable from the obtained in the previous step equality through other members the identity transform so that the left part remained only the required number x. The right side should be the original fraction, magnified a hundred times: x = 100*a/b.
3
Obtained in General solution, substitute the values of the variables (the numerator and denominator of the original fraction) and calculate the result. If a common fraction is written in the mixed format, before the beginning of the computation, multiply the whole part by the denominator of the fraction and add the obtained value to the numerator. For example, the fraction corresponds to approximately 100 4/15*4/15≈26,67%. For mixed and improper fractions the result will always be greater than 100%. For example, 2 7/25 is 100*(2*25+7)/25 = 100*57/25 = 228%.
4
To translate into a percentage of the number written as decimal fractions, you can make a proportion, as in the first step. On the left side it should be a decimal converted to a common format. For such transformation in the numerator put the original number from which is withdrawn the decimal point and the denominator is the unit number of zeros equal to the number of digits after the decimal point in the original number. Further actions with the proportion described above.
5
If your lead does not need to translate the decimal into a percentage just move the decimal point two digits to the right. For example, the number 0,782 in percentage terms can be written as 78.2 percent.
6
With a natural number it is still easier to represent it in percent on the right just add two zeros. For example, the number 4 corresponds to 400%.
Is the advice useful?
See also
Показать еще
Присоединяйтесь к нам
New advices