How to get rid of pigeons

Pigeons are not only very beautiful birds but also the international symbol of peace. However, despite this, very often, these birds bring a lot of trouble and inconvenience. 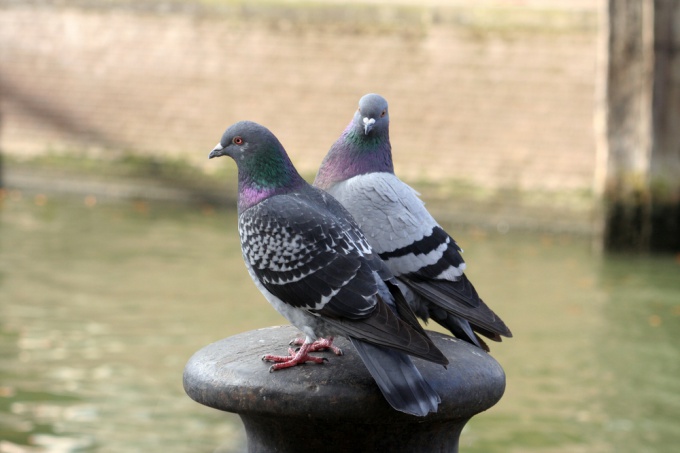 The worst thing about the pigeons is a large accumulation of droppings. While pigeon droppings can cause enormous harm to human health. Because it can be a carrier of various diseases such as pigeon ornithosis, histoplasmosis, pseudotuberculosis, and cause food poisoning. In addition, pigeons are carriers of parasites that cause serious diseases. In this regard, from the hygienic point of view it is very important to get rid of pigeons.

Usually pigeons settle on the roofs of large houses and on the balconies. Currently the most affordable and effective way to get rid of these birds is to install traps and trap. The standard means of catching, sold in the markets, can be placed both on the roof and on the balcony. Pigeons living in the city, not afraid of the proximity of a person, so they can easily be lured into such traps. Trapping of birds is necessary to make as long as their population would not be significantly reduced. Caught pigeons need to pass the special services responsible for the control of avian populations. After a while the pigeons have not returned back to their nests, it is necessary during their absence completely remove them and allow the nesting place in proper form.

To get rid of pigeons using a special protivopolojnym devices that are installed in the favorite places of night and day birds, and their nests. In large areas where the use of protivopolojnym cannot be installed bio-acoustic scarers, which reproduce sounds that are perceived by birds as a signal of danger and anxiety. Bio-acoustic devices are the most effective in conditions of poor takeoff visibility, while eating pigeons, as well as a large gathering of birds. Along with the bio-acoustic scarers to enhance the impact on birds, you can use the visual protection: ribbon, charms with eyes of a predator or balls.