How to stop the growth of metastases

Often, a cancer diagnosis for people sounds like a death sentence, although in reality, if the disease is detected in its early stages, the percentage of successful treatment is very high. Unfortunately, it often detects when the body has settled not only the tumor, but metastasized to other organs. But even in this case, to give up is impossible, because the growth of metastases is also stopped. Fight for life is worth to the last. 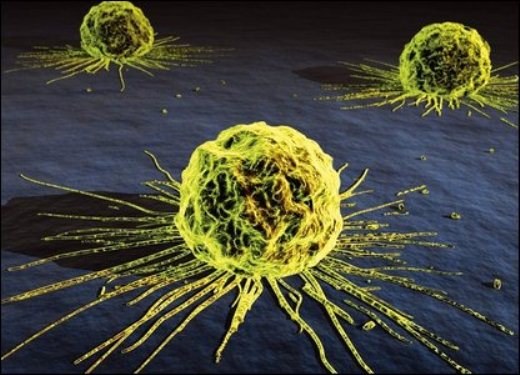 Related articles:
Instruction
1
In the case that the number of metastases is small, and they are located in accessible areas, doctors used to remove the tumor surgically. If the metastases are many and they are deep, doctors use other treatments.
2
To stop the growth and reproduction of cancer cells, almost always chemotherapy is applied, although it has a number of side effects. For treatment with medicines called cytotoxic agents that kill cancer cells. They are introduced with the help of infusions, injections or tablets and act on those cells that divided. Because most healthy cells in the body, almost is not divided, the cytostatic effect on cancer precisely – dividing cells. Of the healthy cells are often divided mucosal cells and hair follicles. This explains the hair loss during chemotherapy.
3
With the same purpose is hormone therapy – prescribers, stopping the synthesis of hormones in the tissues. This method is applicable for such cancers as breast, uterus and prostate, as in this case, malignant cells grow under influence of sex hormones.
4
When a single metastasis is used radiation therapy – high energy x-rays that destroys or slows the growth of tumor cells. There comes a remission and even in many cases complete disappearance of the metastasis. But only if can be accessed. This procedure is performed in the course of a month, in small doses with a large number of sessions.
5
If after surgery the human body has remained the metastases, there was a recurrence of the tumor or surgical intervention is impossible, often used different methods of physiotherapy such as electric, Transair, magnitoturbotron, electroenergy therapy. Although this is mainly the so-called palliative care, which somewhat prolongs the life of the patient and relieves the pain, but in some cases, these methods allow to suspend tumor growth and metastasis.
6
To combat brain metastases the most effective is radiochirurgischer treatment using a Gamma knife. The advantage of this method is the efficiency of impact on the lesions, the absence of such complications that usually accompany the traditional surgery, and the ability to "get" multiple and deep metastases.
7
Another alternative to surgical intervention in the human body – the so-called "Cyber-knife". With its help, a higher dose of radiation with the highest accuracy delivered to the tumor, significantly reducing the risk of injury to healthy tissue.
8
As pain therapy (in particular, in bone tissue) used so-called system ExAblate treatment focused ultrasound under the control of an MRI – magnetic resonance imaging. This procedure is performed on an outpatient basis, within a half to two hours. Its essence consists in that during heating and coagulation of bone tissue of the periosteum, which is adjacent to the tumor, is removed the nerve endings, and thus relieved the pain.
9
Currently, studies on the use of such techniques as focused ultrasonic radiation of high intensity. In contrast to the method of heating and destroying cancer cells, new generation of ultrasound causes the vibration of the tumor. This breaks down the membranes of her cells, and cell contents, which are antigens that enter the bloodstream. The antigens recognized by the immune system then begins to produce antibodies that destroy tumor and metastases anywhere in the body. If these experiments conducted by scientists from different countries, will be successful cure of cancer is possible without surgery.
Is the advice useful?
See also
Подписывайтесь на наш канал