How to treat lung cancer

Lung cancer treatment is selected in accordance with the kind of disease, the patient's condition and individual characteristics. The doctor may combine the options available in programming therapy to achieve the desired effect and to achieve sustained remission. 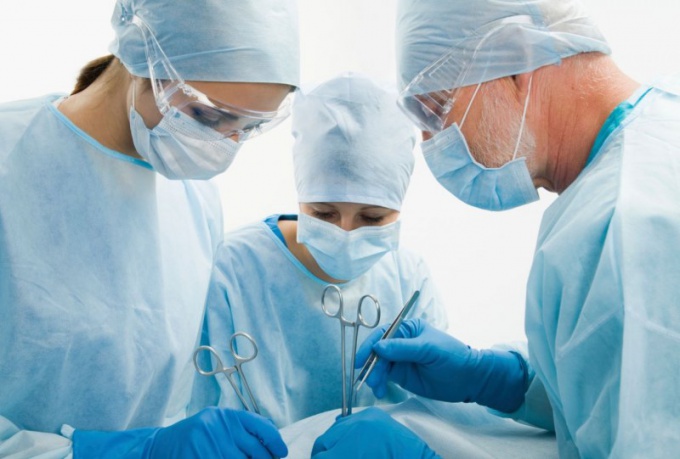 Related articles:
Instruction
1
There are 4 available methods for the treatment of lung cancer: surgical removal of the tumor and radiation, chemotherapy and targeted therapy. Each of the available options has its drawbacks, which usually relate to emerging side effects. The combination chosen by the doctor depends on the stage of the disease and its nature.
2
Surgical removal of the cancer usually used for all types of the disease, distinct from small cell lung cancer. However, the method is not preferred and the patient is advised the passage of radiation or chemical therapy. Excision of cancer cells and surrounding lymph nodes is also dangerous if the tumor is located near the heart, esophagus, trachea or large vessels. Surgical intervention is possible and small cell lung cancer, if the disease has been diagnosed at an early stage.
3
Adjunct therapy is used after surgery to reduce the risk of recurrence of the tumor. This method of treatment involves the additional use of existing methods of destruction of the cancer and stimulation process to maximize the recovery after surgery. The objective of the support method is in getting rid of the rest in the body of malignant cells.
4
Radiation therapy is the use of x-rays or other sources of radiation to get rid of the tumor. There are internal and external types of radiation. For lung cancer doctors often prefer the use of external methods of influence. The total duration of the procedure and the number of repetitions may depend on the type of disease. Radiation can not be used in the treatment of late-stage tumors, whose cells had spread to many tissues.
5
Chemotherapy is the use of medical drugs that destroy cancer cells and stopping their ability to grow and divide. During the treatment of lung cancer using the method is particularly important. The introduction of drugs is carried out intravenously through a drip, however, sometimes permissible to use encapsulated forms. Therapy consists of several cycles, between which the patient need a break to restore the necessary functions of the immune and other body systems. The main disadvantage of this method is the number of side effects and their high degree of seriousness.
6
Targeted therapy aimed at a certain type of cancer cells, i.e., is selected depending on the structure of the tumor tissue, the characteristics of the proteins of tumors and other factors influencing the development of the disease. As with chemotherapy, the treatment is aimed at destruction of malignant tumors due to inhibition of its ability to division and growth. The basis of this method is the use of drugs, which has a specific effect on a certain type of lung cancer and is effective only against particular forms of the disease.
Is the advice useful?
See also
Присоединяйтесь к нам
New advices