Where to go in Rostov-na-Donu

Rostov-on-don is one of the most picturesque cities of the South of Russia. It is situated on the right Bank of the don river, near its confluence with the Azov sea. The city is located at the intersection of major water and land routes. The first historical mention of it dates back to 1749, the year when the Empress Elizabeth ordered to build on the right Bank of the don Temernitsky customs. For almost three centuries of its history, Rostov became a large scientific, industrial and cultural center of Russia. 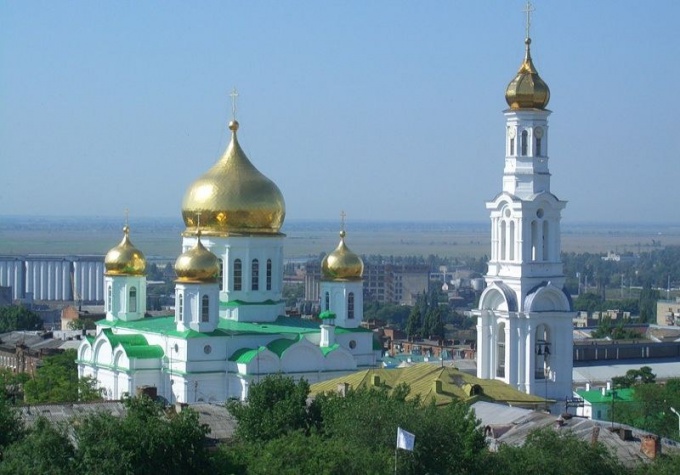 In one day you can hardly see all the delights of this distinctive southern city attractions there are many and they are all worthy of inspection. Start your walk at Rostov-on-don with his "heart" – Bolshaya Sadovaya street. It is not only Central, but also the longest street of the city. We can say that Rostov is the analogue of the Nevsky Prospekt. There are attractions such as Central Department store, apartment house Chernova, Music theatre, City home. Here are also located the buildings of the local administration and the Plenipotentiary of the President in southern Federal district.

Rostov-na-Donu is a cosmopolitan city. Here people of different religious beliefs. That's why the streets of the city can be seen not only Orthodox churches, but the Catholic Church, a Muslim mosque, synagogue. Among the attractions highlighted Rostov Cathedral of the Nativity of the blessed virgin. This white temple, adorned with a massive Golden domes, is the center of the architectural ensemble of the city. It was built in the late 19th century by the legendary architect Konstantin ton, who is the author of the Grand Kremlin Palace, the Cathedral of Christ the Savior, the Armory in Moscow.

Be sure to go outside the presidential Palace, where you can see one of the architectural monuments of Federal significance – the Church of the Armenian monastery Surb-Khach. It was built in the late 18th century. Now in its walls is a Museum of Russian-Armenian friendship. The oldest exhibits in it – Armenian cross stone brought from the Crimea and ancient books, which were printed in the monastery, which housed first in the South Russia printing house Gregory Chandarana.

At the intersection of the alley Newspaper and Turgenev street you can see the Soldiers ' synagogue. This is the only active synagogue in Rostov. It is built in art Nouveau style with a splash of Oriental architecture. Being next to the Newspaper lane, look in the basement of the house № 46. There is the most famous public toilet in Rostov. At the dawn of the 20th century close area of the basement was occupied by a cafe, where he loved to gather local poets and other Bohemians, it was called "Cellar poets. On its tiny stage, read their poems of Velimir Khlebnikov. During the Nazi occupation of the city, this basement was a casino, where the Germans loved to play cards. After the war the basement was converted into a public toilet. Now in its walls often hosts exhibitions of artists-avant-gardists and performance.

Be sure to visit the Botanical garden, where at any time of the year you can enjoy the natural beauty. It is a unique monument of nature within the metropolis. The garden area allows you to walk on it for hours. There are more than six thousand species of herbaceous plants, shrubs, trees. In addition, the Botanical garden has a mineral spring.

Stroll through the Voroshilovsky bridge. It connects the left and right banks of the don. By the way, across this bridge forms the geographical border between Asia and Europe.

Worth a visit and the city Park named after Gorky. It is located in the centre of Rostov, between two parallel streets – Pushkin and a Large Garden. This is one of the favorite places of rest of Rostovites. At the entrance to the Park you can see quite a colourful monument to the merchant-peddler. Rostov for centuries was a trading city, and the peddler I believe there is a kind of city mascot. Toss a coin in his box, then, according to local legend, the wealth will not pass you by.