Where to go in Voronezh

Voronezh is one of the oldest Russian cities. It is located on the banks of the same river, just ten kilometers from its confluence with the don. The city is a major transportation hub located at the intersection of important Railways and highways. Despite its provincialism, it has a unique historic character and rich cultural potential that has in its walls a lot of tourists. 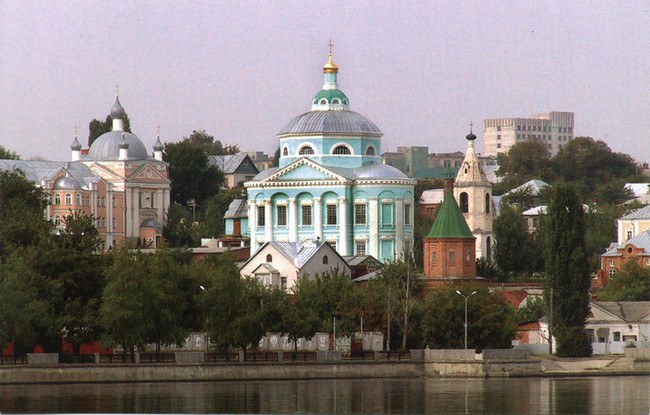 Related articles:
In Voronezh many cultural attractions, which speak eloquently about the rich history of this city. The centre of Orthodox life is the Annunciation Cathedral. It is the third largest temple of the country and one of the highest Orthodox temples of the world. Its construction was completed in 2009. It was built on the site of a wooden Church, built in the 17th century.Near the Cathedral you can see a rather unusual building is the only monument in the world the DNA molecule. He was in the city for more than forty years ago from Moscow, Zelenograd, where he came to taste the local authorities. The Voronezh residents were changing the stele for a few tons of metal and put it in the center of the city.Take a stroll along the embankment of the Voronezh reservoir in the middle of which, near the Vogresovsky bridge, on the concrete base stands a mock-gun ship called "mercury". This is one of those ships that were built at the local shipyard under Peter the First. Voronezh is the birthplace of the Russian Navy. On Revolution Avenue you can see the monument to Peter. The Emperor stands on a pedestal of red granite, with the left hand he points forward, and the right rests on an anchor, which symbolizes the birth of the Navy. Around the statue you will find a cosy square, where they like to spend summer evenings the locals. Behind the monument is the Petrovsky passage is one of the popular entertainment centers of Voronezh. Be sure to go to the street lizyukova, on the spot where it was before the tarmac of the old airfield. Now here is a monument "Voronezh – birthplace of the Navy." It is at this place in 1930, successfully landed the first paratroopers of the Soviet Union, consisting of twelve paratroopers. Now this looks like a stele in the form of a huge parachute. Near it is a monument to the kitten Vasiliy – hero of the famous cartoon "the Kitten from lizyukov street". Voronezh citizens are proud of their optimistic attraction. City cat Basil also came to taste. They never tire of snap closures their cameras have metal trees, where it sits for a couple with a crow.And at the entrance to the local puppet theater is a monument to White BIM the Black Ear, the hero of the eponymous book writer Gabriel Troepolskogo, a native of Voronezh. This is one of those monuments that make passers-by stop and at the same time feel the excitement, tenderness and anxiety.Visit the house-Museum of the famous trainer, and founder of the legendary dynasty of circus Anatoly Durov. It is located in the historical centre of Voronezh, where are also located the Museum of the Arsenal and Alekseevsky monastery.
Is the advice useful?
See also
Присоединяйтесь к нам
New advices