What are the names of places in the auditorium

Orchestra, balcony, amphitheatre... easily in these names will be able to understand, perhaps, just an avid theater-goer and also more easy to distinguish, Manoir from the dress circle. To know that, in the meantime, anyone who considers himself a man of culture is necessary. 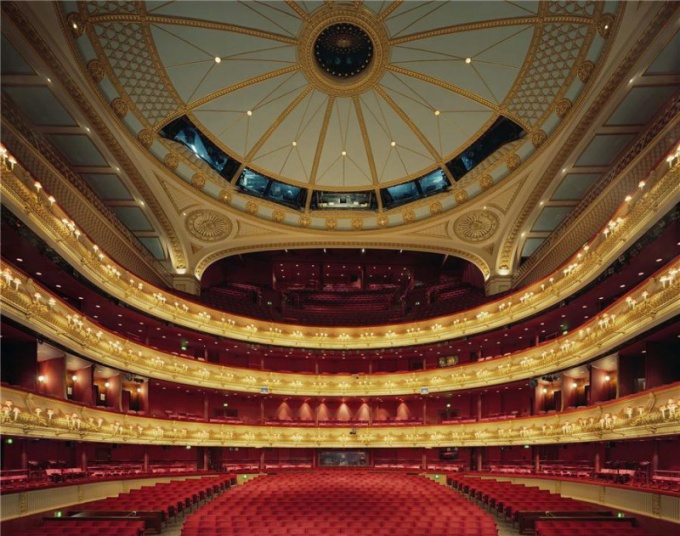 Related articles:
Despite the fact that, according to the classics, the theater begins with a hanger, major in it is auditorium. And in the hall – respectively the stage and audience seats.

Since antiquity, theatre has undergone tremendous changes. But its essence remained the same, for any theatre – is primarily a spectacle. And every spectacle assumes the viewer, which, in turn, wants the spectacle as comfortable as possible. The viewer has always been do not care what place he will occupy in front of the stage.

The prototype location, and therefore the names of seats appeared in medieval street theatre that took the stage of the farcical type.

Due to the persecution of the theatres did not have their own premises.

Most of the audience stood before the stage and so, standing, watching the play of actors. This place was called the orchestra. However, residents of neighboring houses could see the view from their private balconies. So there was a balcony.

With the advent of theatre halls these street names moved safely under the roof. However, the best seats remain for a long time remained standing and was intended for persons of the lower classes. Only under the influence of the ideas of the French revolution in the stalls appeared spectator chairs.

The balconies are located in different tiers in front of the stage or on the sides of the stalls. One of their varieties was the amphitheatre. He also was facing the stage, going up smooth ledges.

But the most honorable place in the theater auditorium, no doubt, belongs to lodges. Unlike the balcony, it is already fenced off the premises at any tier.

A special place among them is the General (king's) bed. It is usually located in front of the stage with the most comfortable view for the audience. In addition, it serves as a kind of PR for its special visitors and to increase their level of security.

In General the bed of the bigwigs are clearly visible from anywhere in the room. But for security purposes it has a separate entrance.

Baignoire – located in one of the tiers at the sides of the stalls. The number of lodges is usually on the scene or just below it. The mezzanine is located above the stalls and amphitheatre.

In size and shape of the Pew are divided into two types – Italian and French. Italian type boxes recessed more inward. Thereby it allows in such a bed not to be too visible to the rest of the public. French lodges, in contrast, allow their inhabitants to demonstrate.

And finally, there in the auditorium of the gods, or the gods. A popular place for unassuming to theatrical comfort of the public. The place is located in the upper tier. They are the most removed from the scene, but but the cheapest.
Is the advice useful?
Подписывайтесь на наш канал