Where to go in Yaroslavl

Yaroslavl is one of the oldest Russian cities. Founded by Yaroslav the Wise in the 9th century and reached its peak in the 17th century, in 2010 the city celebrated its millennial anniversary. The Central part of the city, located at the confluence of the Volga and Kotorosl rivers, is on the list of world heritage of UNESCO. 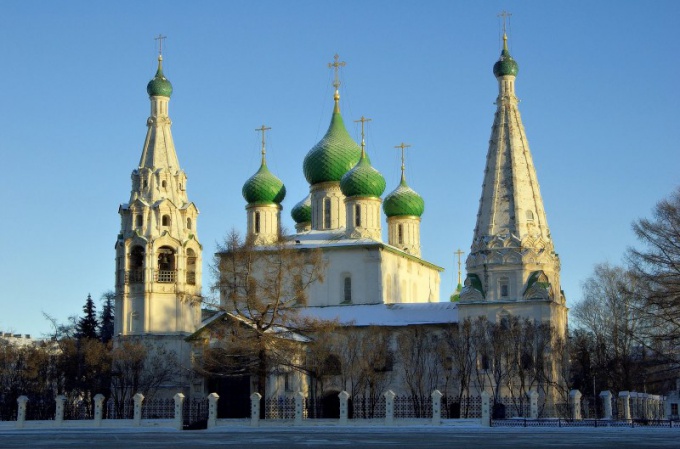 Related articles:
Yaroslavl is traditionally included in Golden ring towns of Russia. In its Central part is almost completely preserved historical buildings VI-XIX centuries (a few new buildings are built mainly in a traditional architectural style).The Church of Elijah the Prophet built in Yaroslavl in 1647-1650 years to the present time fully retained its original appearance. Now this attraction is in the structure of the Yaroslavl historical-architectural Museum-reserve, but it still hosts the service. To visit the Church any day from 10 to 18 hours except on Wednesdays.The top of the Yaroslavl architecture of the XVII century, and places recommended by UNESCO to show tourists is the Church of John the Baptist. In its construction were used the techniques of the Yaroslavl Church architecture. All the walls of the Church are decorated with tiles and with patterns of shaped bricks. There is a feeling that the building wrapped in a bright Persian carpet. The interior of the Church is no less great than the outer.The oldest architectural landmark of Yaroslavl is the Spaso-Preobrazhensky monastery, founded in 1216 by Prince Konstantin Vsevolodovich. In the XVI century around the monastery was built stone walls and towers, as a result, he has become a strong fortress in which was kept the state Treasury, as well as the standing Strelets garrison. Today this building is the Yaroslavl state architectural art Museum-reserve.Temple ensemble in Korovniki, the famous pearl of the Yaroslavl architecture. Consists of two churches: Vladimir and John Chrysostom, whose facades are decorated with rich tiles. The construction of the ensemble began in 1649. Centre and the main vertical is the magnificent belfry (altitude 37 metres). River temple ensemble looks majestic and Grand as intended Yaroslavl architects, creating a masterpiece of world level.Assumption Cathedral makes an indelible impression on tourists. It is visible from afar and very beautiful. The first Church was built on this site in 1219. Later in the XVII-XIX centuries formed the complex of the Cathedral and bell tower. In 1937 the Cathedral was blown up, and smashed the Park. A new Cathedral was built and consecrated in 2010.In addition to these temples and monasteries in Yaroslavl there are Tolgsky Svyato-Vvedenskiy monastery, Church of the Nativity, Church of St. Nicholas the Wet, Il'insko-tikhonovskaya Church of our lady of Kazan monastery, and other great architectural monuments of Russian sacred places.In addition, the city has several interesting museums: the Museum of city history of Yaroslavl, "My favorite Bear" (it contains toys made of wood, plush, straw, porcelain, metal); the Museum-reserve of N.. Nekrasov "Karabikha", the Museum of old Russian art "Metropolitan chamber"; "Museum of a hamster", etc. In Yaroslavl there is an interesting zoo, organized by landscape characteristic, with a total area of 67 ha and containing over one hundred animal species. And in dolphinariums are demonstrations, as well as delfinoterapii. In 2011, opened a new planetarium - the institution with the claim to the European level.In addition to these, you can ride on the Volga on the ship. The route takes about two hours (up to Vakarevo and back) and provides an excellent opportunity to see the sights of Yaroslavl on the other hand.
Is the advice useful?
See also
Подписывайтесь на наш канал