What is interesting in Rostov-na-Donu

Rostov — the city called "Gates of the Caucasus", the "southern capital" and "Dad." What is interesting in this city and that should definitely look at, we will discuss in this article. 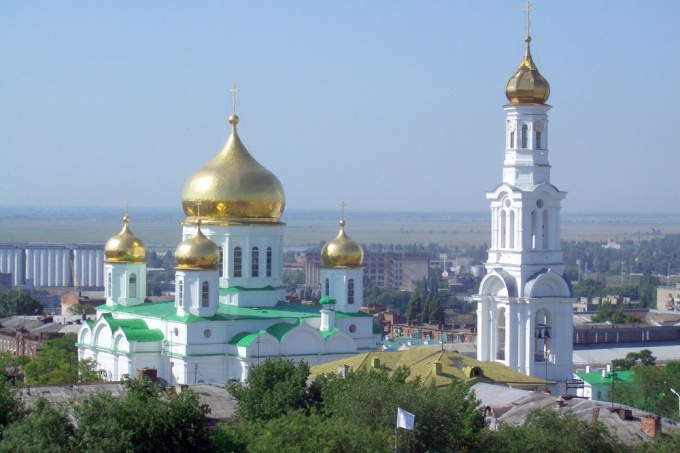 In Rostov-on-don Cathedral of the Nativity of the blessed virgin, and also there are 41 Orthodox Church. The oldest of them built in 1904, the Holy Alexandrine Church. In addition to Orthodox churches in the city there are Armenian and Catholic churches, a Buddhist centre, a synagogue and a mosque.

Museum, railway Museum, Museum of brewing history, the Museum of the history of law enforcement, space Museum, Museum of fine arts — it's all there in our city. Theatre-lovers will not feel bored: Academic theater of M. Gorky Academic youth theatre, musical theatre, private theatres, and the puppet theatre will delight you and your children. There are more than 10 cinemas ("Large", "Rostov", "Charlie", "Luxor", "Kinomax"), many of them include several room. There is also a drive-in theater for 100 cars.

The city constantly hosts festivals, concerts, theme parties. Clubs a huge number, and everyone will find something to your taste. The largest and most interesting: But, A-ZONE, Tesla, "Bass Bochka", "21", "People", "Med", "Subway".

Rostov-on-don for a family holiday

In Rostov there is a zoo, Botanical garden, Dolphinarium, numerous recreation on the left Bank of the don and many parks ("Pleven", "bitter", "Tale", "Friendship", "1 may", "Ostrovsky", "Viti cherevichkina). Also in the area of SEL'mash has children's railway. It can take both adults and children. Kids will love the "Touching zoo", which is located in the center of Lugansk, and Rostov State circus.

The entire old center of Rostov-na-Donu is a collection of interesting historical monuments. Houses are built in different styles and restaurerede the same. Interesting to visit the former apartment building. And you can just walk around the courtyards from Bolshaya Sadovaya street to the embankment.

The city's 39 universities, in which students from all over the southern Federal district. If you want to choose a institution for the higher, second higher or professional education, be sure to explore the institutions and universities.

The city is rich in monuments and memorials. They are located in different parts of the city. On the waterfront many sculptures such as "Father don", "Rostovchanka", "Grigory and Aksinya in a boat", "Artist", "Fisherman", etc. the Monument "Tachanka" was met at the entrance from the South. The monument to the "Strike of 1902," stands at the entrance into the Western Residential area". Stella at the Theatre square became the visit card of the city. In this city there is something to see and where to pictures. Pushkinskaya pedestrian street is sure to enjoy at any time of the year.
Is the advice useful?
See also
Подписывайтесь на наш канал