Where to put the Jack

In the trunk of a car should be a set of tools and automotive supplies for unexpected repairs on the road. The first place among other things is a spare tire and a Jack. 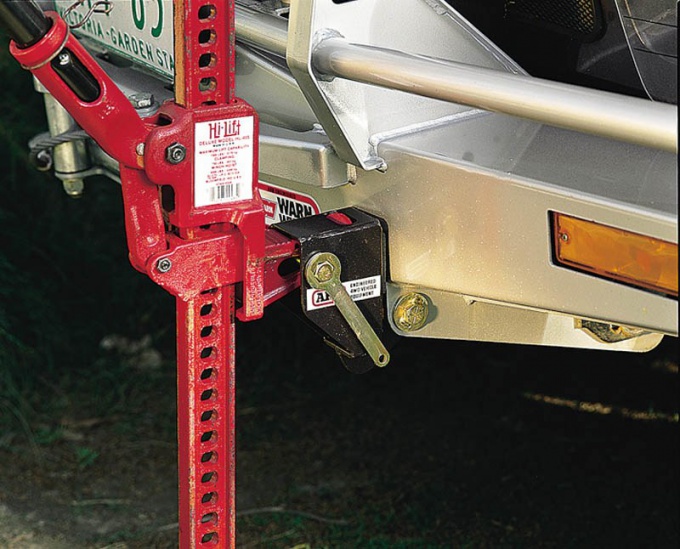 Related articles:
The Jack only serves for changing wheels. Before setting the vehicle on Jack be sure to unload the car. Never lift the loaded cars. Install the machine on a level surface and block the wheels well. In any case, do not lift the vehicle without locking the wheels. If you poddomkratit front wheels, lock the rear subject, and, on the contrary, when lifting of the rear wheels, chock the front.Before using the JackOhm, put it in first or reverse gear and hold down the handbrake (in case of jacking the front wheels).Place the Jack only in the intended places so that its notch in the focus entered the edge of the threshold model is closer to the wheel. Special podshtampovkami on the thresholds mark the places for the proper installation of the Jack.If the vehicle has side covers, remove them. To do this, click the edge and remove the lining. Bumper Jacks place as close as possible to the wheel, about 30 cm from the end of the bumper.The Jack have to be in a vertical position relative to the point of focus in the body.If the proposed work requires the establishment of the Jackand in a non-standard place, it must be strong to hold the weight of the car. Never place the tool so that the weight of the machine was something that could bend or break. If you have difficulty in choosing the locations for the Jackand set it so that it rested on a beam that supports the front suspension, the body or about the axis of the rear wheels.Lift the car using the Jackand smoothly, without sudden movements.In the presence insuring backups place them in a place where the Jack rests on the car. Lift them up to the required height and lock. Lower the Jackbelow the car began to back up.
Is the advice useful?
See also
Подписывайтесь на наш канал