How to call ginger kitten-boy

Your house is about to be a new tenant-a ginger kitten. You already bought him toys and identified the place, but the nickname still nothing solved. I wish that it was unique, unusual. Using your imagination, you'll have to make the right choice. 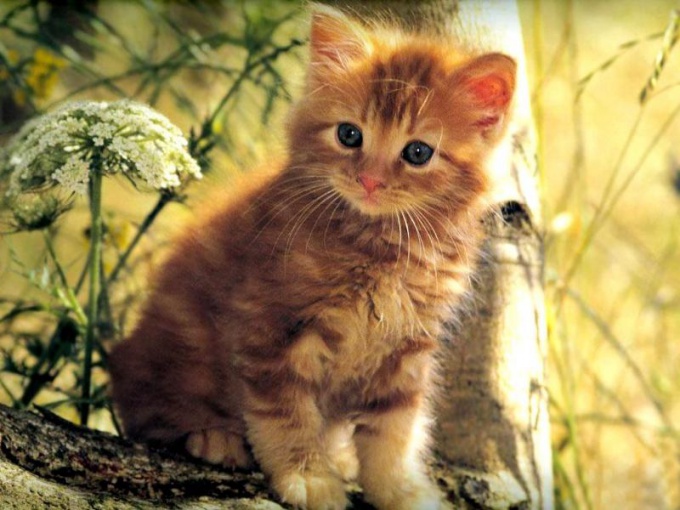 Related articles:
Instruction
1
Do not rush to call her kitten. The nickname does not necessarily have to reflect the appearance of your pet. If it was a mandatory criterion, all red cats name would be the Mushrooms. But it is so often greeting the nickname that the owners fire their handsome trying to find something more unique. Remember that there is a known red cats. One of the first that comes to mind is Garfield. Royal name, causing pleasant associations. Suitable slow, laid-back cat who loves to be negligible and always paid him attention.
2
Another famous orange cat Morris. That was the name of the most famous cat in America. He became famous thanks to the filming of advertising, and with time his image was mostly red cat across the country. Now nicknamed Morris has become almost a household name as a symbol of all the red cats. It should be noted that this nickname is sipasi the sound of "a", which will attract even a small kitten, and it will be easier to respond to his name.
3
Try to choose names with hissing sounds. For Example, Fox. A catchy nickname, but it is also related to red color. In English this word is translated as "the Fox," and foxes, as is well known, are red. This name fit the kitten with the cunning of the Fox character is very nimble and active. Red-haired kitten will also fit the nickname "orange" or "Peach".
4
Choose the shortest possible name. Better if it is monosyllabic - Rex, Zeus and the like. Short nickname to your pet it will be easier to remember, and he will begin to respond to her. Do not forget that your kitten will not always be small. He will grow into an adult cat will be important, great. Keep this in mind when choosing a name. Would it be strange to name the big lazy cat Baby or Sweetie. Before giving a nickname to your red-haired kitten, consult your home. Don't call a kitten other affectionate nicknames, until he gets used to his nickname. Every time he responds to it, stroke it. Most often the kittens get used to his name already to four months, so be patient in this matter.
Is the advice useful?
See also
Подписывайтесь на наш канал