How to get the title of veteran

The title of "Veteran of labour" was first introduced in the territory of the Soviet Union in 1974. It is awarded to citizens who have reached certain successes in work and has the necessary seniority: 25 years for men and 20 years for women. In Soviet times, the title of veteran labor was perceived as an honorary reward, a distinctive mark a long and successful employment. In addition, it was given the title of its owner and significant benefits. Over time legislation and the procedure of awarding the title has changed, but some benefits remained to this day. In this regard, the citizens, the question arises as to the title of "Veteran of labor". 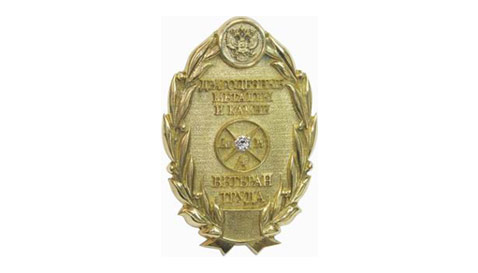 Related articles:
Instruction
1
It should be noted that until January 2005, the title of "Veteran of labour" was assigned on the basis of the Federal law "On veteran. The awarding of this title was within the competence of the Federal authorities and the financing of benefits for veterans was carried out at the expense of the Federal budget. But in 2004 the legislators decided to refer the matter to the mercy of regional authorities, and now in each subject of the Russian Federation adopted its own legislation in this area. In this regard, to date, unfortunately, there is no universal algorithm of actions aimed at obtaining the title of veteran.
2
The fact that a number of constituent entities of the Russian Federation largely adopted the provisions of the repealed Federal law On veteranx" and the whole of its territory retained the old procedure for obtaining this title. The former procedure is that to obtain the rank of veteran , you must have long length of service (generally 25 years for men and 20 years for women), have awards or distinctions for achievements in labour and long time resident of the region.
3
In a number of subjects of the Russian Federation the procedure for awarding the veteran has undergone significant changes, for example, to obtain no need to have awards and distinctions, sufficient only established seniority.
4
Common for all Russian regions is the procedure for filing an application for obtaining the title of veteran – must be submitted to the social security authorities. Thus, to clarify the procedure for obtaining the title of veteran in your area you should contact the social security authorities at the place of your residence.
Is the advice useful?
See also
Присоединяйтесь к нам
New advices