How to get the status of workers in the rear

The victory in the great Patriotic war was created not only by those who fought on the front lines, but those who are in difficult conditions worked in the rear. Therefore, in the Soviet era was defined by a special status of "home front Workers", giving recognition to achieve victory and a number of special benefits. However, execution of this status can cause some difficulties. How to formalize this status if it has not been done before? 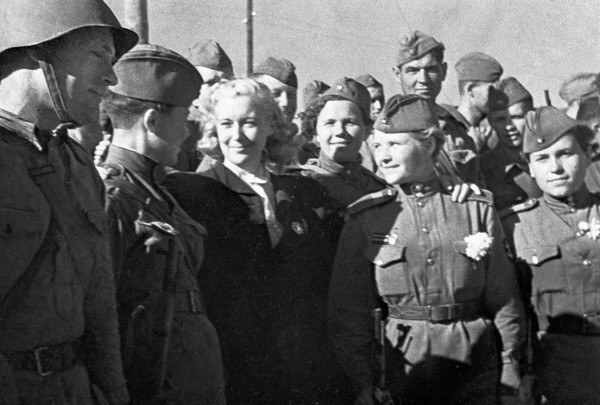 Related articles:
You will need
Instruction
1
Decide if you are eligible for the title of "home front Workers". According to the Federal law "On veterans" is recognized as such a person who during the great Patriotic war (22 June 1941 to 9 may 1945) has worked six or more months in the territory of the Soviet Union (except for the area occupied by foreign troops). It does not matter whether the person is an adult. If you fit into this category, you can obtain this status.
2
Prepare documents proving your status. This can be a work book with marks of the work during the war, or awards for the work during this period. Make copies of all your documents in order to preserve the originals.
3
If you do not have the above documents, contact your local or regional archives to obtain statements about the experience. Come to the archive in person with your passport during office hours and request a certificate stating that you have worked during the war. To do this, specify in the application what organization and in what time you performed labor activities. If you do not live in that city, where he worked in the war, consult the archive, as you can make a request to another city.
4
With all the collected documents and a passport come to the pension Fund at the place of residence and submit the documents for registration of the status of war workers. It will take some time, which depends on each specific case. After obtaining the status you will receive a certificate of home front workers will be able to use all provisions you benefits.
Useful advice
If neither you nor the archive has not preserved any supporting documents you can go to court and try to confirm the status of the war workers in attracting other evidence, e.g. the testimony of witnesses. For proper registration of a claim, consult your attorney. In the event of court approval of your application you will be assigned to the desired status.
Is the advice useful?
See also
Подписывайтесь на наш канал