On which syllable is accented in the word "mosaic"

The emphasis in the Russian language – phonological paradigmatic (that is, the shock can be any syllable), and movable in the same root words the accent may be different vowels. Therefore, in order not to make mistakes in such words as "mosaic," the emphasis need to remember. 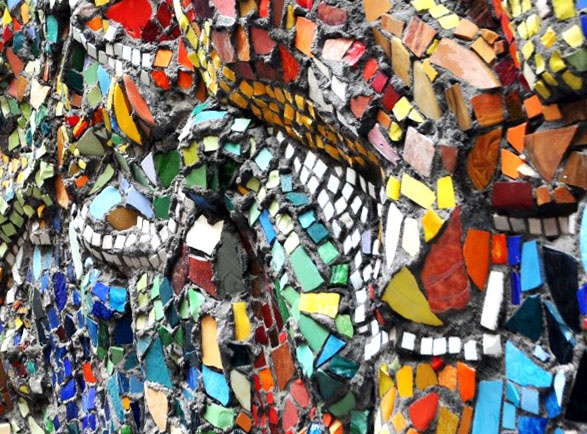 The correct emphasis in the word "mosaic"

All the words in the root which are two vowels sound are borrowed. The word "mosaic" is no exception. It comes from the Latin, and the emphasis in it, as in the language of the source falls on the "and" – "mosaic". Mistakes in the accent of this word is very rare, but the wrong pronunciation of "mosaic" with an "s" instead of "And" is quite common and caused by just uncharacteristic for the Russian language by the vowel combination "AI". This version of the utterance does not correspond to norms of the Russian literary language and is considered an error.

But in the word "mosaic" the emphasis is on the vowel "And" – "mosaic". So it is recommended to put the emphasis all the dictionaries of the Russian language. And some reference books, e.g. dictionary of Russian word stress" edited by M. V. Zarva even specifically emphasizes the "no mosaic".

The emphasis in the word "Mosaic" is always on the second syllable – as in the literal meaning (in the form of a mosaic) and figurative (composed of heterogeneous elements), and it will persist when you change the adjective according to the gender, case or number: mosaic walls, mosaic murals, mosaic table and so on.

The word "mosaic" and released "mosaic" emphasis will also fall on the vowel "And".

The adjective "mosalvy" – accent on the second syllable

"Mosalvy" is another adjective derived from the noun "mosaic". It means almost the same as "mosaic" – made of mosaic, but might mean still something that belongs to her ("mosaikoa detail"). In speech, the word "mosalvy" is used rarely, but it can be found in the literature, in particular, in the works of Leo Tolstoy. The most famous "mosalvy portfolio" from the novel-epopee "War and peace".

The word "mosalvy" the stress falls on the second syllable, the vowel "A" – "mosalvy". This word is also necessary to avoid pronouncing "Th" instead of "And" .