How to choose the material for the dress

The style is good to use an oblique direction in a cage and strap. The same smooth grace of a calm, balanced women best to emphasize the same smooth, as if "frozen" pattern, more calm colors. It will not be dashing dispersion of swirls and lyrical curves of the petals of chrysanthemums, sea plants, frost on the glass. 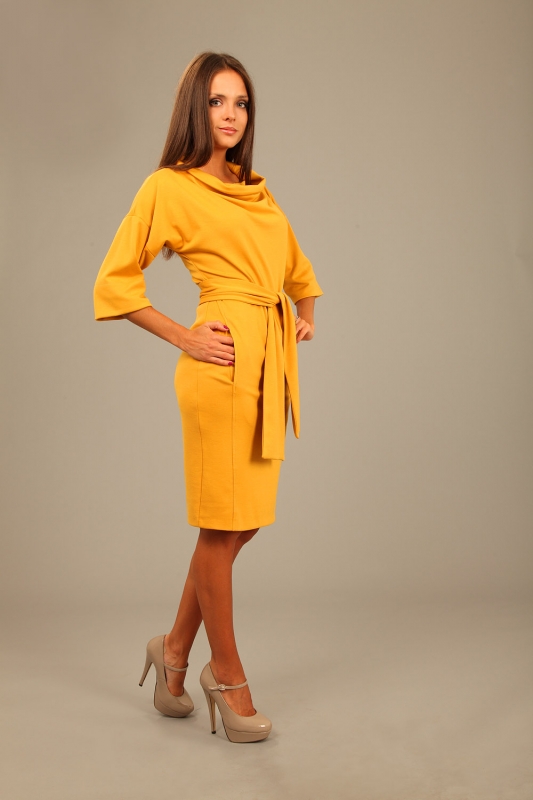 One time the store had a lot of catchy crepe de Chine in scarlet poppies. I thought he was a bad artist on the women that he met on the street, it's too "shouted" and therefore looked a little messy. But I met one, around the Ukrainian, a dark — complexioned brunette with big brown eyes. And what a perfect setting bright appearance of a woman was this fabric! Its brightness was in the paints appearance. Itself there is harmony, if a woman ... in a dress with patterns of the southern, tropical flowers — magnolias, orchids, peonies, large red roses. But the strength of the image instantly extinguished, if it is surrounded by the lyrical motives of Northern nature, where the tone is more subdued, in colors mixed with gray. Modest twigs, flax, small flower Ivanovo calico, by contrast, reveal the subtlety of the form of a woman fair-haired and gray-eyed. Here a more complex color scheme, collected on the basis of blue, gray, ochre.

Today, there are many patterns borrowed from the cultures of different countries. Eastern geometric pattern, juicy and contrast, will adorn a woman with Oriental facial features. And will forever remain alien to, for example, the plump white-skinned blonde. Batik — exploding uneven spots fabric — came to us from the costume of the peoples of Africa. And he will remain the most effective slender woman with clear outlines well-tanned body. And fair and bright decorative patterns Japanese kimono just accentuate the originality of appearance of white-skinned brunettes.

You can often see women buy the same fabric for two dresses. But we are so different. Imagine a mother and her adult daughter in the same tissue. One of the two will lose. But if a small, peaceful, more complex patterns the most harmonious appearance of a woman, over forty, girl they will inevitably misleading stroobandt. The spirit of youth throughout the clothes closer to clarity, boldness, contrast, and the age — lightness, tenderness, naivety. There's her mother in the dress with forget-me-nots, wild bells, always reminding us of something pretty, fragile, infinitely young, they immediately unprofitable to set off the gravity of the Mature form.

Here's a slightly sad story. One of my friend retired and decided to dress up, to sew dresses, suits of cloth, that for years had been accumulating in the closet, which had somehow never got around. She laid them in front of you and confused. But how will she wear this red with black stains, or the other, with a pattern the size of a plate? Late. Not tissue obsolete, and the image changed. Only chose white in the grey bar, just in time for gray hair and slow with age gait. Do not let to stay tissues. And do not persuade yourself that you bought ten years ago, you will today molodit.