How is the absentee funeral

In Orthodox Church tradition, a prayer to accompany the last journey of the departed loved ones. For that in the Church there is a special rite, called the last rites. 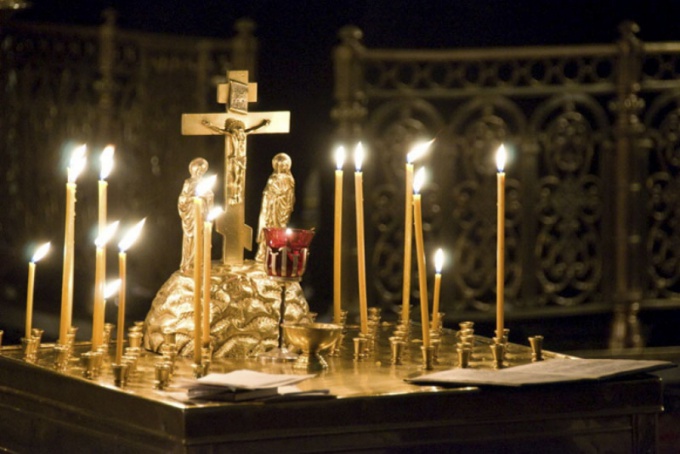 During the funeral service the priest and the faithful ask God the remission of sins the deceased person. Most often this service is performed before the burial of the deceased (third day). However, there are times when, for various reasons, relatives have not time to bury the man to the wire last resting place. In such a situation it makes sense to pribegnut to the service, the name of the correspondence.

At the funeral in absentia the priest prays before the tetrapod - a special candle reserved for candles in memory of the dead. The beginning of the funeral service standard: sing selected poems of the 17th kathisma, followed by a special funeral hymns, during which to seek forgiveness of sins and the gift of the deceased's last opportunity to be in Paradise with the saints. After that, the cleric (they can be a deacon) commemorates the deceased the funeral Actinia; choir probivaetsya funeral segalen, after which are sung the Requiem irmoses of the Canon with the chorus for the gift of peace for the dead.

At the end of the Canon and funeral funeral hymn reading passages from the New Testament, in which people are proclaiming about the reality of life after death, and also tells of God's judgment taking place after the end of human earthly life.

After reading the Scriptures, the choir sings a Requiem canticles and troparions. At the end of the in absentia funeral, the priest (deacon) says the particular Ektenia with the commemoration of the name of the deceased and proclaims the eternal memory of the deceased person.

A distinctive feature of the in absentia funeral is that by the Commission of orders of a priest gives to relatives of the land which will need to put cross on the grave of the deceased. In the rank of ordinary burial ground sprinkled directly into the coffin on the bedspread.

Absentia funeral can be made at any time after death, but we should try to resort to this order as early as possible. There is a practice that absentee funeral is until forty days after death, because Church tradition says that on the fortieth day the soul goes to the private court to God.