What is the prayer at the funeral

In Christian liturgical practice so many different kinds of Church services. They accompany man from birth to death. The last way Christians see off relatives at the funeral. In this rite is the prayer. 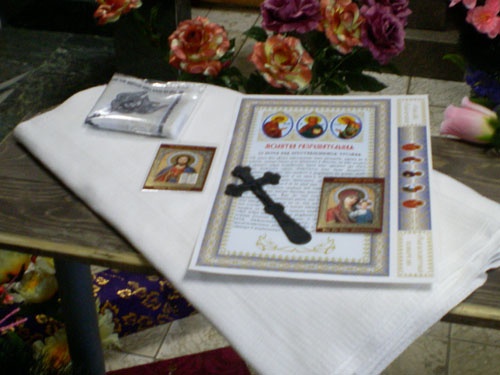 The religious duty of every person who considers himself a Christian, to hold the last journey of their loved ones or relatives. The Church prays for the forgiveness of sins of the deceased not only for funeral services and memorials. When a person goes into eternity, the ritual of the Orthodox burial and funeral.

At the end of the funeral the priest says a certain prayer which in the Christian practice is called "permissive". The text of the prayers written on the sheet, which is part of any Christian burial set. On top of the sheet is the so-called Corolla, which is cut off. The rest - the prayer. After reading the priest at the end of the funeral service, prayer alagaesia in the right hand of the deceased.

In the text of the prayer contains petitions on behalf of the priest and others praying for the forgiveness of sins of the deceased. Is the hope that God would "allow" (release, forgive) sins of a man who graduated from earth's path.

In addition, the prayer is sought liberation from the various curses that during earthly life could take place in relation to the person. The priest asks getting rid of the excommunication of the Church, the Bishop with the hope that God will take to heaven of the deceased.

Thus, it appears that the prayer is an important part of the ritual of the funeral. It is no coincidence that some clergy call it the main prayers for the deceased person.