In the Christian liturgical Charter there are many different Chenopodiaceae have ancient historical roots. One such succession is lithium. 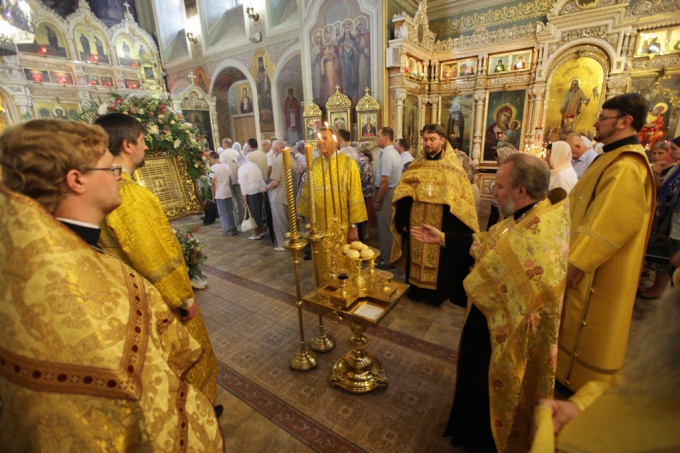 It is necessary to clarify that under the dead in the Orthodox Liturgy understand the consecration of the bread at the end of the festive Vespers on the vigil, as well as a brief rite of remembrance.

The first version of lithium (consecration of loaves at Vespers) is currently done in the Orthodox churches during the solemn Liturgy of Vespers in the great Church holidays, memorial days honor saints, the patronal feast. This rite is a Singalong certain stichera as well as several purely petitions of the clergy for the people. After that consecrated bread, and a prepared wine, vegetable oil (spruce) and wheat. Bread, wine, oil and wheat are submitted on a special latinize in the middle of the Church, where the consecration. During the anointing the faithful with oil for the evening worship of the consecrated loaves, wheat and wine are distributed to the faithful. In ancient Church practice (the first centuries of the formation of the liturgical rubrics of the Christian Church) lithium were made in monasteries during every evening service. Consecrated bread, oil, wheat and wine were the food of the monks.

The second type lithium - lithium funeral. It is a short abbreviated rite memorial service. Lithium funeral is from the 90th Psalm, and several of the funeral troparia, kontakion and ikos. Lity customary to sing the laity in the cemeteries. Also, this litany is quite possible to read (sing) and house in memory of a dead person, especially on days of remembrance of the deceased and anniversary. The rite funeral lithium is sought from God the forgiveness of sins of the deceased.