What train to Yalta

Yalta — a resort city in southern Crimea, which until recently was part of Ukraine, now the Crimea is one of the regions of the Russian Federation. There is actually a city and County town of Yalta (Yalta city Council) — is a coastline more than 70 km. starts Big Yalta from foros in the West and stretches to Krasnokamenka in the East. 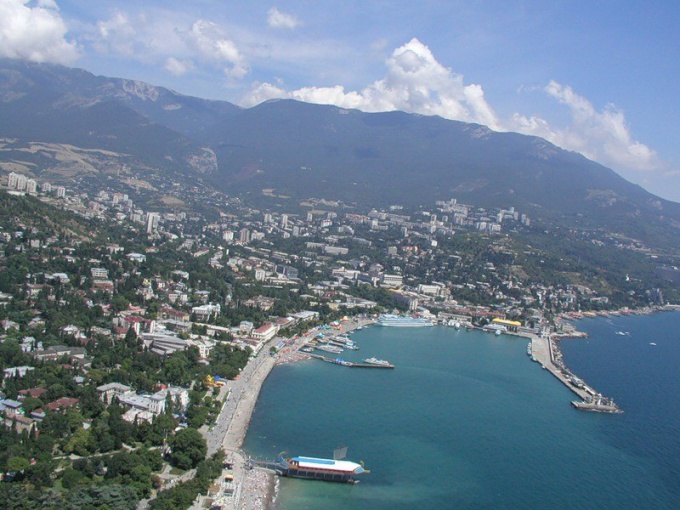 By train to Yalta

Unfortunately, a direct rail link to Yalta no, because the city is located far off the coast of the Black sea. But, the train ride to the nearest station on the railroad is the Simferopol or Sevastopol. Tickets must be purchased in advance, start selling tickets 45 days before the departure date, the tickets need to take one of these stations.

By train from Moscow to go in about 22-24 hours. From Kursky railway station of Moscow departs daily from two to three trains a day. The cost of second-class places — from 2 800 to 3 300 rubles, coupe — from 4 900 to 5 800, Suite — from 10 500 to 12 000 rubles.
From Moscow go to the following trains: Moscow - Sevastopol, Moscow - Simferopol. In addition, you can drive from Moscow to Krasnodar, from there, approximately every 2 hours, trains to Simferopol.

The routes of trains

Currently (2014) the trains to the Crimea go two ways: through Ukraine and via ferry in the Kerch Strait. Four passenger trains run from Moscow to Simferopol, Sevastopol and Kerch through the territory of Ukraine. These compounds formed the Crimean railway, which is not structurally part of the company Russian Railways. It trains N17/18 Sevastopol-Moscow-Sevastopol, N68/67 N40/39 Simferopol-Moscow-Simferopol and the train N98/97 Kerch-Moscow-Kerch. They will proceed to the Peninsula transit.

In addition, between the Crimea and several Russian cities will be served by trains formed by Ukrzaliznytsia. But the trains of the Federal passenger company (a subsidiary of RZD) on the Peninsula regularly do not go.

Through the steam trains, which are formed in Russia. They go through Krasnodar, then to the Kerch Strait, where the cars are sealed, loaded onto the ferry, and passengers are close by. Then in Kerch train continues its journey on the rails.

A single ticket to the Crimea

There is an interesting option as you can get to Yalta is a single ticket in the Crimea. By train you go to stations of Anapa or Krasnodar. Further organized communication between stations of Anapa, Krasnodar and settlements of the Crimea by road and sea transport.


For travel to the Crimea at the box office, passengers are issued a ticket for transportation by rail, Boarding pass and Coupon to receive services for travel by sea and road transport (ferry and bus). The design of the stamps is only possible with the simultaneous travel document on long-distance trains and ends 24 hours before train departure.

All flights (train-bus-ferry-bus) can interface at the time of departure. Buses at the place and time of departure of flights, ferries and trains. Boarding pass to Simferopol or Yalta costs 750 rubles. This cost is added to the train ticket at the time of his purchase at the checkout. The road to the ferry from Krasnodar is 2.5 hours. If you drive from Anapa to three times less.

The fare from Simferopol to Yalta

The first option - on the bus. This trip will cost very cheap. Trolley buses run on schedule every 15-20 minutes. During the trip, which is like a separate tourist route, you can see how slowly changing the landscape, mountains, sea.


Trolleybus stop is near the train station, buy the ticket and wait 5-10 minutes before the next trolley.


The following is the optimal alternative - bus. The cost of travel to Yalta is more expensive in 2 times, but the speed is exactly as much faster. These taxis are all of foreign manufacture, very comfortable and spacious. Boarding the bus is carried out immediately at the station.


The last option, of course, taxis. It is comfortable, is very expensive, and you will arrive just 10-15 minutes before the bus.
Is the advice useful?
See also
Подписывайтесь на наш канал