How to get to Yalta

Yalta is one of the oldest, most beautiful and expensive resorts in the Ukraine. This city has a favorable geographical position. It is located on the shore of the Bay and protected from cold winds by the mountain ranges of the Crimean mountains. In addition, the Yalta cultural center of the Crimean Peninsula. 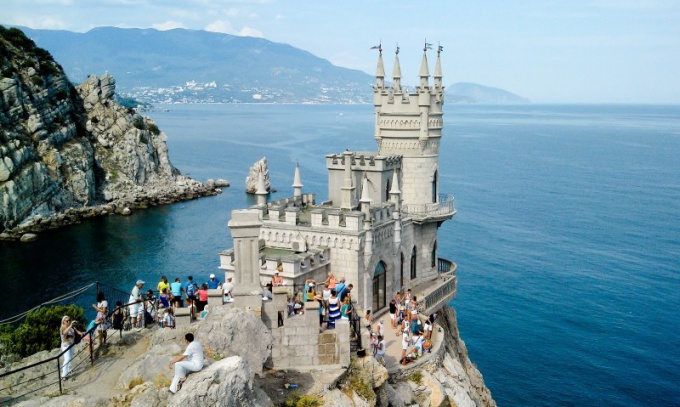 Related articles:
Instruction
1
Despite the enormous popularity among tourists, active transport Yalta to this day can not boast, and you can get there directly. The city lacks an airport and stations, not counting the sea. Often resort to get on the chaise in Simferopol. Yalta and Simferopol is only 80 kilometers.
2
The most popular way is by rail. It takes from 20 to 22.5 hours depending on the train. Trains depart from Kursky railway station of the capital. The final station is called Simferopol passenger.
3
The fastest way to get to your destination by plane, but this method is economically the least profitable. The average cost of a ticket at one end is 8300 rubles. But the flight takes less than two hours. From the airport to Yalta – one hour and forty minutes by any overland transport.
4
Whether to use the services of local taxi drivers – a moot point. On the one hand, you can bargain with them, on the other hand you can lose a lot of time if you go to rest alone, because drivers will take passengers.
5
From Simferopol it is best to get to Yalta by trolleybus or minibus. They go from the South side bus terminal every 15-20 minutes. A ticket for the trolley costs only 15 UAH, equivalent to about 80 rubles. The trip by bus will cost two times more expensive, but they go twice as fast. Almost all local taxis are Mercedes. They are comfortable, spacious and high.
6
As already mentioned, in Yalta there is a sea station. Therefore, it is impossible to ignore such an exotic method of travel on water. Cruise by regular boat will take approximately five to six hours. All this time, you will be able to admire the spectacular views, so will not be bored.
Is the advice useful?
See also
Подписывайтесь на наш канал